YouTuber Lena The Plug Will Release A Sex Tape At 1 Million Subscribers, 700K and Counting

Although the site has strict policies regarding this kind of conduct, there is little that can be done if a sex tape is released off of the site.

While there are those who would think that this is a dishonest way of making a name for oneself and blowing up on the internet, there are others that have made a name for themselves using this method. Such is the case here with YouTuber that goes by the name “Lena The Plug”. 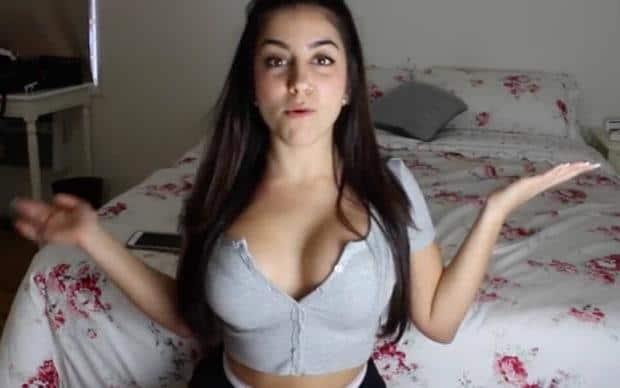 In a recent video, the YouTuber has promised fans that she will be releasing a sex tape when she reaches the 1 million subscriber milestone. The YouTuber also talked about how she has been contacted to do adult content and although it is not something she is interested in recording something similar with someone that she knows would be something interesting.

She has expressed her interest in the following way:

While releasing a sex tape on YouTube would get her banned for sure I think that the sex tape will actually be published somewhere else and the YouTube platform has just been used in order to bait people into subscribing.

This is not the first time that something like this has happened. There are other similar YouTubers that have promised to release a sex tape and nudes according to subscriber counts and this is something we have seen come true in the case of Celestia Vega, another YouTuber who has blown up on YouTube using similar methods.

Celestia Vega is known for her dirty tweets and she has published her nudes on twitter as well for her subscribers to see. Evidence that such content cannot be uploaded to YouTube without strict consequences.

Luna The Plug has already reached 700,000 subscribers and looking at the rate at which that number is increasing, she should reach her goal in a matter of days if not hours.

Let us know what you think about Luna The Plug releasing her sex tape at 1 million subscribers.