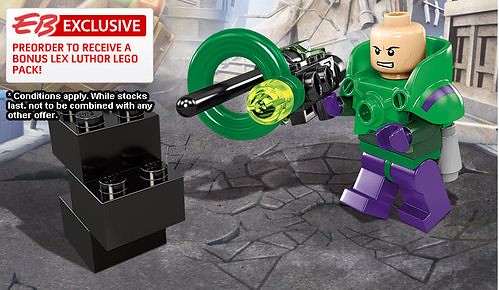 For the superhero fan who also has a LEGO fetish, then this post is just for you as the pre-order incentives for LEGO Batman 2: DC Super Heroes has just been announced.

Now, these aren’t your regular free background theme or whatnot, the bonuses detailed below will actually give you new characters you can play as in the game.

If you pre-order from EB or GameStop, you’ll receive a “Lex Luthor” LEGO pack.

Also from EB and GameStop is the “5 Villains” pack which includes the following villains. 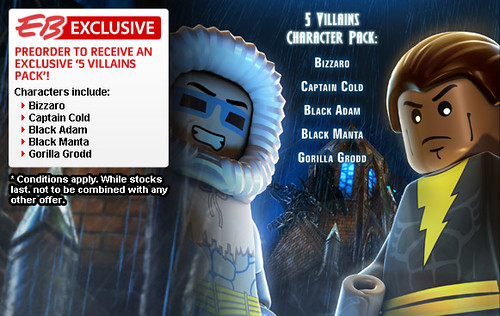 For the last pre-order bonus  — called the “5 Heroes” pack, it wasn’t specified which retailer will be offering it, but Amazon has it, so give them a go if you want to play as Nightwing, Shazam, etc. 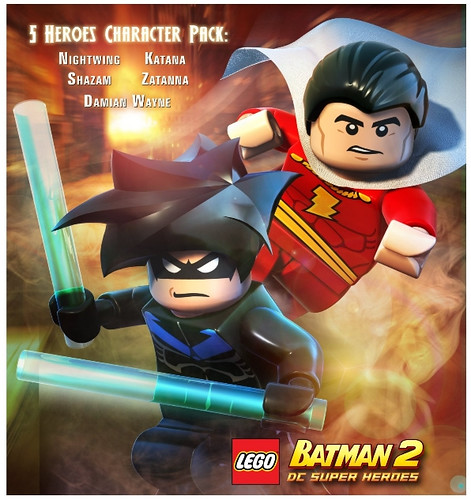 I don’t know about you, but it seems the 5 Heroes pack is the best one out there, no?

Keep in mind that they’re stating the characters won’t be available unless you pre-order so best to get a move as the game will be out on June 19 for the PC, Xbox 360, PS3, PS Vita, 3DS and Wii.