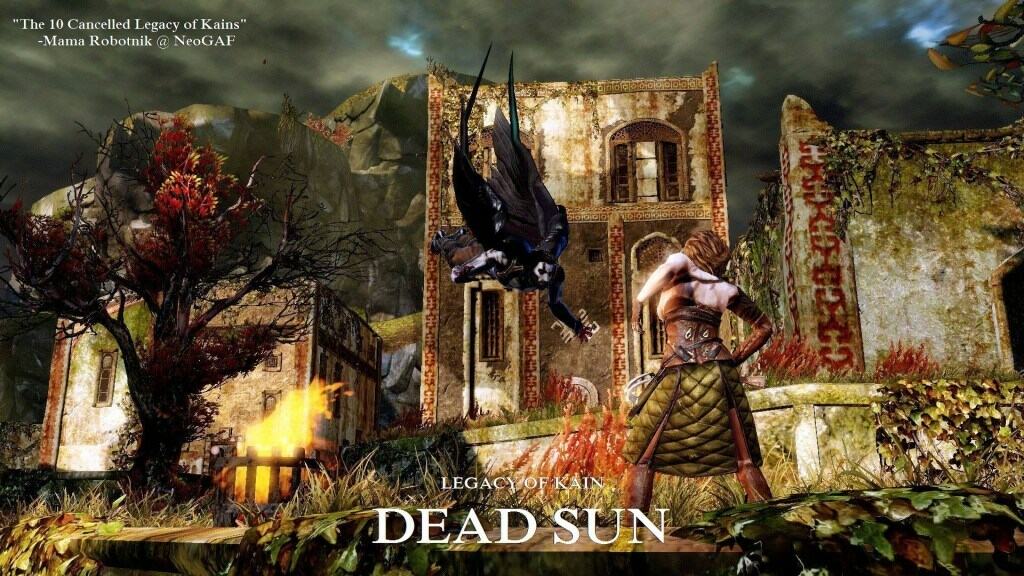 Two days ago a NeoGAF user by the name of Mama Robotnik dug up and posted a ton of information about 10 Legacy of Kain games that were eventually cancelled. One of them was, the latest one, called Dead Sun was cancelled by Square Enix only last year.

According to the post, Dead Sun had been in development for over three years; with the single player portion being worked on at Climax Studios and multiplayer at Psyonix. However, last year Square Enix decided on scrapping the project altogether.

The post contains a lot of information, including concept art and game design. Suffice to say it didn’t take long for Square Enix community manager George Kelion to take notice.

Posting on the thread, Kelion confirmed the research saying, “I can confirm that Dead Sun was a project which had been in development – but which was cancelled”.

“I know it’s disappointing to hear about these things out of context, and whilst some of the details released are accurate – some details are not. You know game projects can be cancelled for a variety of different reasons and I know it’s very hard to tell from images and info alone, but in the end LOK: Dead Sun just wasn’t the right game, at the right time… but you’ll have to take me at my word on that, I’m afraid.”

Following that Climax CEO Simon Gardner sent this comment through to Eurogamer this afternoon:

“As you would expect, we are covered under NDA and really don’t have anything to add. Many games never see the light of day for lots of different reasons, especially over the last few years where business models and markets have been evolving rapidly. We continue to have a good relationship with Square Enix.”

Dead Sun was said to be in development for PC, PS3, Xbox 360 and the PlayStation 4 as well. It was supposedly being worked on as a launch title and was powered by Unreal Engine 3.

The reason the game was shut down was that Square Enix couldn’t see it meet the company’s sales expectations.