Leave Everything, A Behemoth Has Invaded Monster Hunter World and You Need To Kill It 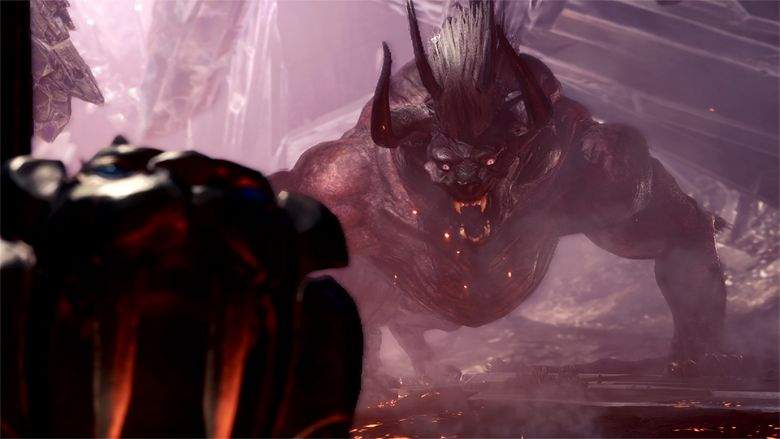 The Behemoth update in completely free for Monster Hunter World users. The Behemoth is capable of pursuing the specific player in the game with the help of Enmity mechanics. Moreover, the beast has been enabled with a lethal attack which can kill all players at once. The Ecliptic Meteor is the ultimate destroyer for every player in the open.

There is no running away from this fatal meteor shower, not even in the Farcaster. So, unless we have suitable shelter this attack will most probably take you down in the most wicked way. A fallen comet would be the best option under such circumstances.

The crossover event featuring the Behemoth update is meant for the users with at least the rank of Hunter 16. In addition to the evil beast wiping off players, there are extra features for gamers to access. For instance, the palicoes would be given their own Moogle outfits specially designed for this update.

Moreover, our Dragon armors are also upgraded which are totally hardcore. All these awesome features of the update are open to access right now. In the coming days, Monster Hunter World’s Rathalos will be seen in action aboard the Final Fantasy XIV update, in correspondence to the whole crossover event.

Monster Hunter World is already available for PlayStation and Xbox users, however, its PC port is coming out next week. If you’re looking on to play the RPG on PC, you better start preparing your CPUs and graphics cards. Reports have suggested that PC port is even better than PS4 in some aspects. Although there have been issues with PC port in the past, there’s nothing another awesome update can’t fix.