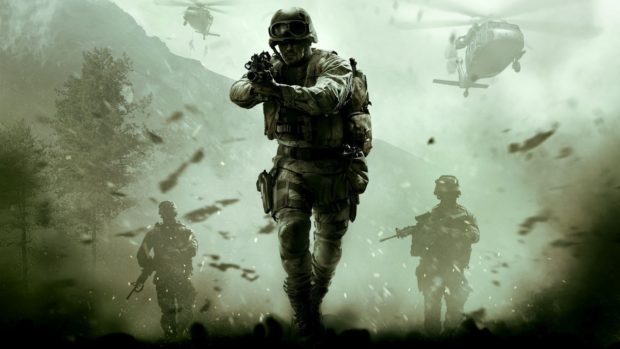 We all know Infinity Ward has been working on a new Call of Duty title for 2019. Although both Infinity Ward and Activision have remained mostly silent about the upcoming game, various leaks have been consistently pointing towards Modern Warfare 4. Now, a new GameStop leak suggests Activision will show Call of Duty between May 28 and June 4.

The latest Call of Duty leak comes from a GameStop employee who took a photograph of what appears to be an internal inventory management software. This stock keeping service allows GameStop employees to track and order the required products. One of the products seen in the inventory is MW4 t-shirts.

GameStop employees wear these for marketing and promotion purposes whenever there is a special occasion such as a game launch or a reveal. In this case, “Employee Tshirt COD Reveal” implies these T-shirts are meant to be worn by GameStop employees for the Call of Duty reveal. 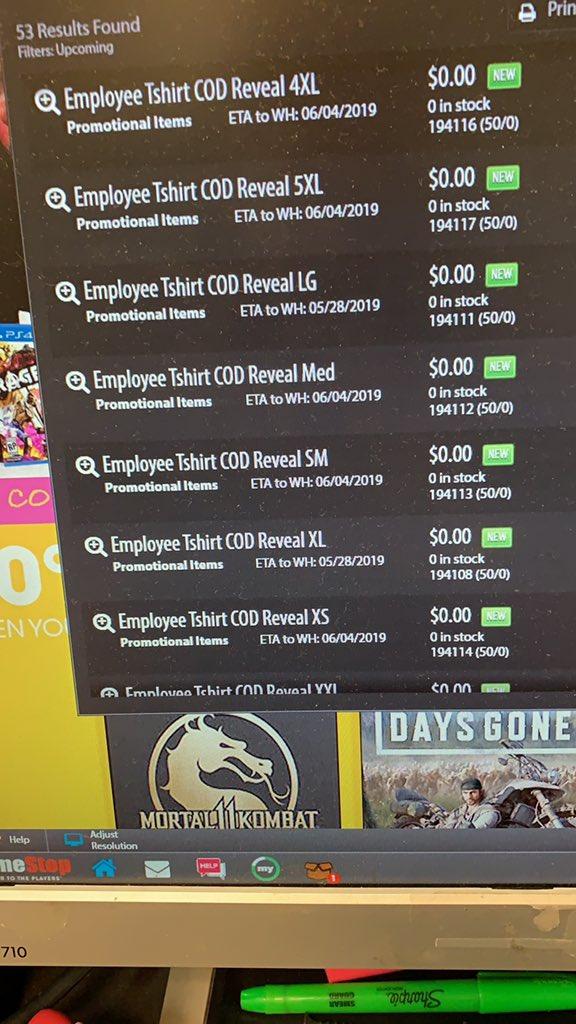 Now there are a couple of important things to keep a note of from this image.

First of all, if you notice at the top left part of the image, it shows “53 Results Found”. This adds a little bit of authenticity to the leak. It shows that someone searched for the T-shirts from the stock list with “Upcoming” as the filter.

If you look at the prices next to the T-shirts, it shows $0.00 and 0 in stock. From this, we can deduce these T-shirts haven’t been produced yet.

ETA to WH stands for Estimated Time of Arrival to Warehouse. This denotes the expected time these T-shirts will be printed and then shipped off to GameStop warehouses. The earliest date is the 28th of May 2019 and the latest date is the 4th of June 2019. It is common for retailers to order multiple stocks of items before the expected date. This ensures that if the items from the first stock run out, the second stock acts as a backup. Since it shows 0 in stock at the left, we can assume that these T-shirts haven’t reached the warehouses yet.

The ETA section shows the 28th of May 2019 and 4th of June 2019 as the dates when these T-shirts will arrive at the warehouse. Since these T-shirts are expected to be worn on the reveal day, it is likely the Call of Duty: Modern Warfare 4 reveal date will land somewhere between May 28 and June 4. 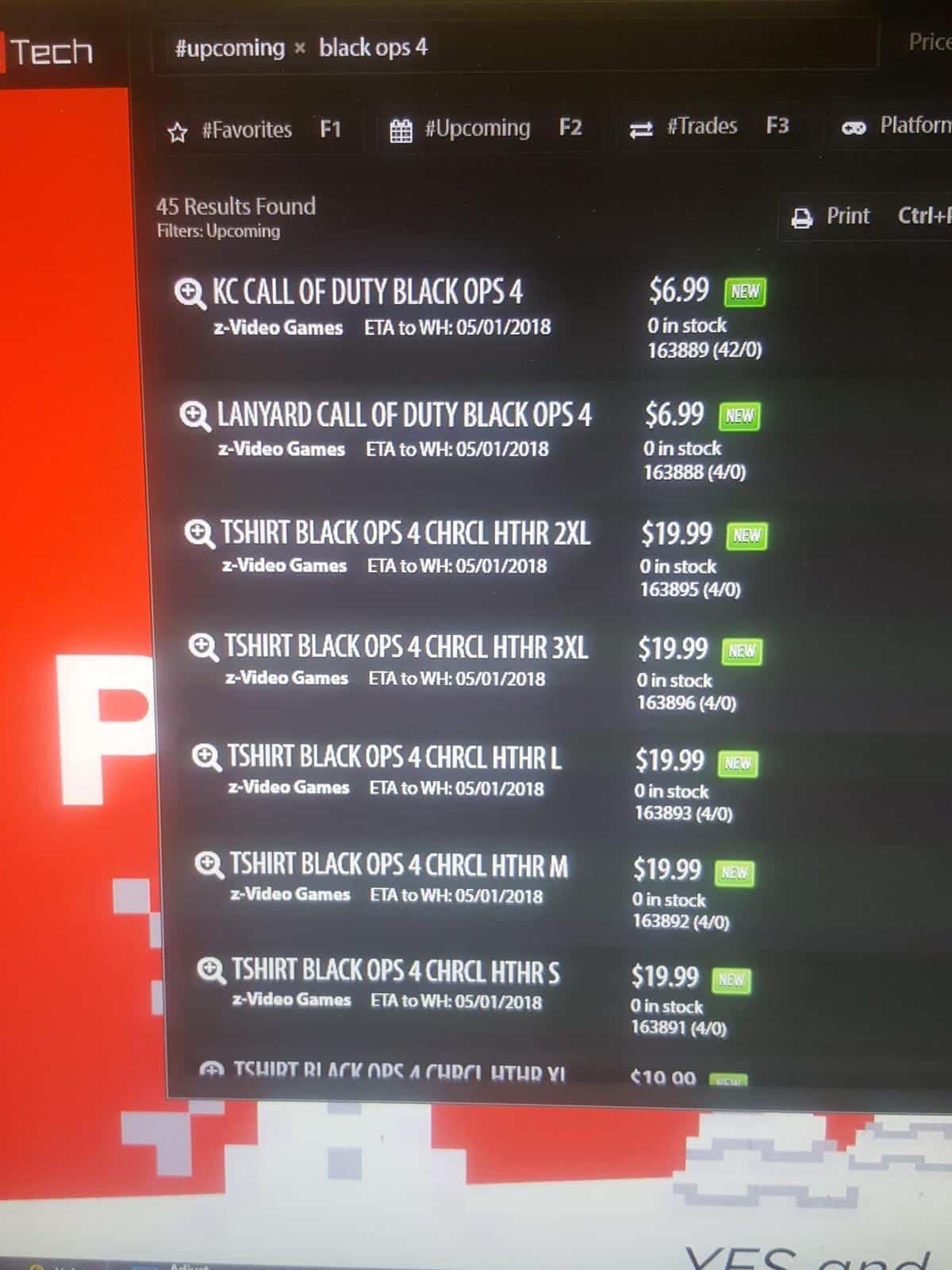 So it is likely that this latest GameStop leak also confirms Call of Duty Modern Warfare 4 and its reveal date. Last week, during Activision’s Earnings Conference Call, the company discussed the “next Call of Duty game” and said that it will be revealed before the end of the quarter.

– Acti Feel good about next Call of Duty game and are excited to show it.
– Will be revealed before the end of the quarter (Ends June 30th).
– Call of Duty Mobile is developed by Tencent’s TIMI studio. Interest from community is high. Over 10m pre registrations on Google Play.

Since the end of the quarter date falls on 30th June 2019, we can say that this leak might be true and Activision will reveal the long-rumored Call of Duty: Modern Warfare 4 at the end of next month.

Another CoD: MW4 leak happened yesterday when Robert Bowling, a former Infinity Ward game developer who worked on the previous Call of Duty games, teased Call of Duty: Modern Warfare 4 through a series of cryptic tweets.

Since neither Activision nor Infinity Ward has confirmed anything official regarding COD: MW4, it is best to treat these leaks with a grain of salt. Check out everything we know about Call of Duty: Modern Warfare 4 if you want to learn more.