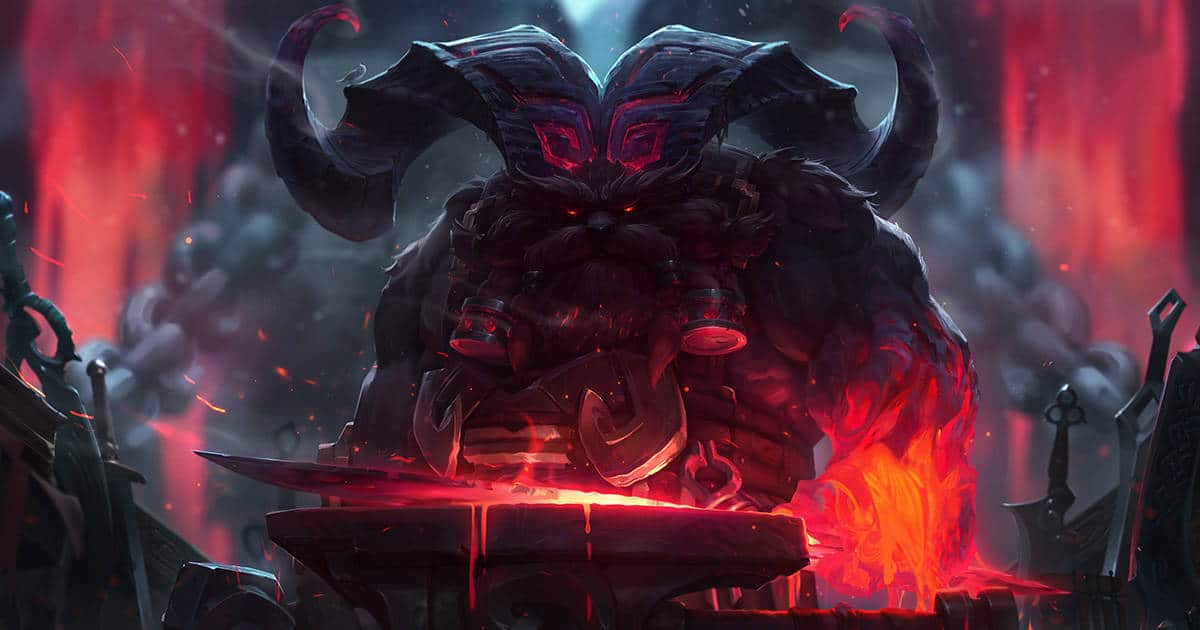 The diverse roster of champions continues to expand for League of Legends with the latest announcement of Ornn, the Fire Below the Mountain.

The intimidating blacksmith arrives from the depths of Freljord, from where the demi-god spent ages to forge items of unsurpassed quality. However, trouble brews in the outside world. Despite against the idea of meddling in mortal affairs, Ornn has decided to step outside his molten stronghold and venture beyond to see if he be of help.

The new champion introduces two brand new mechanics in League of Legends. Firstly, he can make purchases from the in-game store from anywhere on the Rift. Secondly, he can use his forging abilities to upgrade items and weapons for his allies to vanquish foes.

Ornn is a vanguard, and another tank to behold in League of Legends. His kit of abilities can execute hard engages or arrive afterwards to wreak havoc in skirmishes. Considering his ability to make purchases from within the lanes, it goes without saying that Ornn will enjoy spending time in the top.

Living Forge: Ornn can spend gold to forge items for himself any time he’s out of combat. For convenience, suggested items appear in a special on-screen menu. Ornn can also open the shop manually to build any item.

Master Craftsman: Ornn and his teammates have access to special upgrades for select items in the shop. Each player is limited to one of these upgrades.

Ornn slams the ground, sending out a fissure that deals physical damage and slows enemies. After a small delay, a magma pillar forms at the target location, functioning like a tiny wall for a few seconds.

Ornn becomes unstoppable, shields himself, and belches out flames. These flames deal a portion of the enemy’s current health as magic damage. Enemies struck by the final gout of flame become Brittle. Ornn’s basic attacks knock back Brittle targets.

Ornn charges, dealing damage to enemies he passes through. If Ornn collides with terrain while charging, the impact creates a shockwave that deals damage and knocks up enemies. This ability destroys player-created terrain.

R: Call of the Forge god

Ornn summons a massive fire elemental at a target location. It then travels toward him with increasing speed. Enemies run over by the elemental take magic damage and become Brittle.

Ornn can recast this ability to charge forward. If he strikes the elemental with the charge, he’ll redirect it. The redirected elemental will then knock up all struck enemies, dealing the same damage as before and applying the Brittle effect.

Ornn should be making his way to the Public Beta Environment (PBE) this week for a portion of the League of Legends community to test-drive.