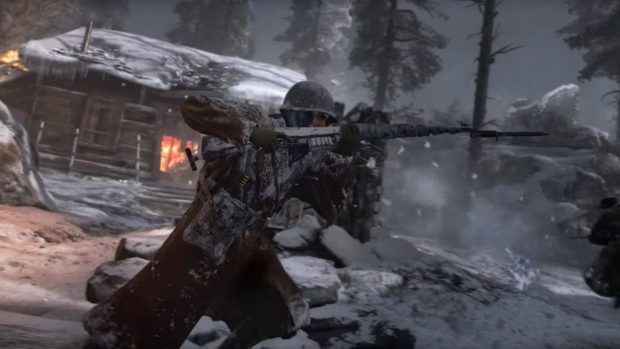 Sledgehammer Games released a new update earlier today that finally brings to an end the Winter Siege event for Call of Duty WW2.

The month-long seasonal celebrations began on December 8 and introduced a ton of content for the community. This included new winter-themed multiplayer maps, new fan-favorite modes, new weapons, and special supply drops, among other things.

The Winter Siege event may have concluded, but players can still work to complete Orders that they already began beforehand. They can also proceed to open any remaining loot boxes obtained from the event in their inventories. However, the seasonal rewards can no longer be accessed.

It was perceived that the developer would be sharing patch notes for the update and players were likely awaiting to know about any new changes to the game. As it turns out, there will be none.

Taking to Twitter, Sledgehammer Games confirmed that the new update to Call of Duty WW2 is only intended to end the event. There will be no further changes.

The developer is expected to drop new information about the upcoming competitive season and scheduled content. The Resistance, the first expansion pack, is set to arrive for PlayStation 4 on January 30. It will then grace Xbox One and PC a month after due to an exclusivity partnership between Sony and Activision.

Call of Duty WW2 has generated a global player-base of more than 20 million across all platforms. It surpassed $1 billion in global sales by the end of the year and helped the franchise to increase its streak by nine straight years in which it has dominated the regional charts of North America. Call of Duty WW2 now holds a new record for the biggest console digital launch in the history of Activision.