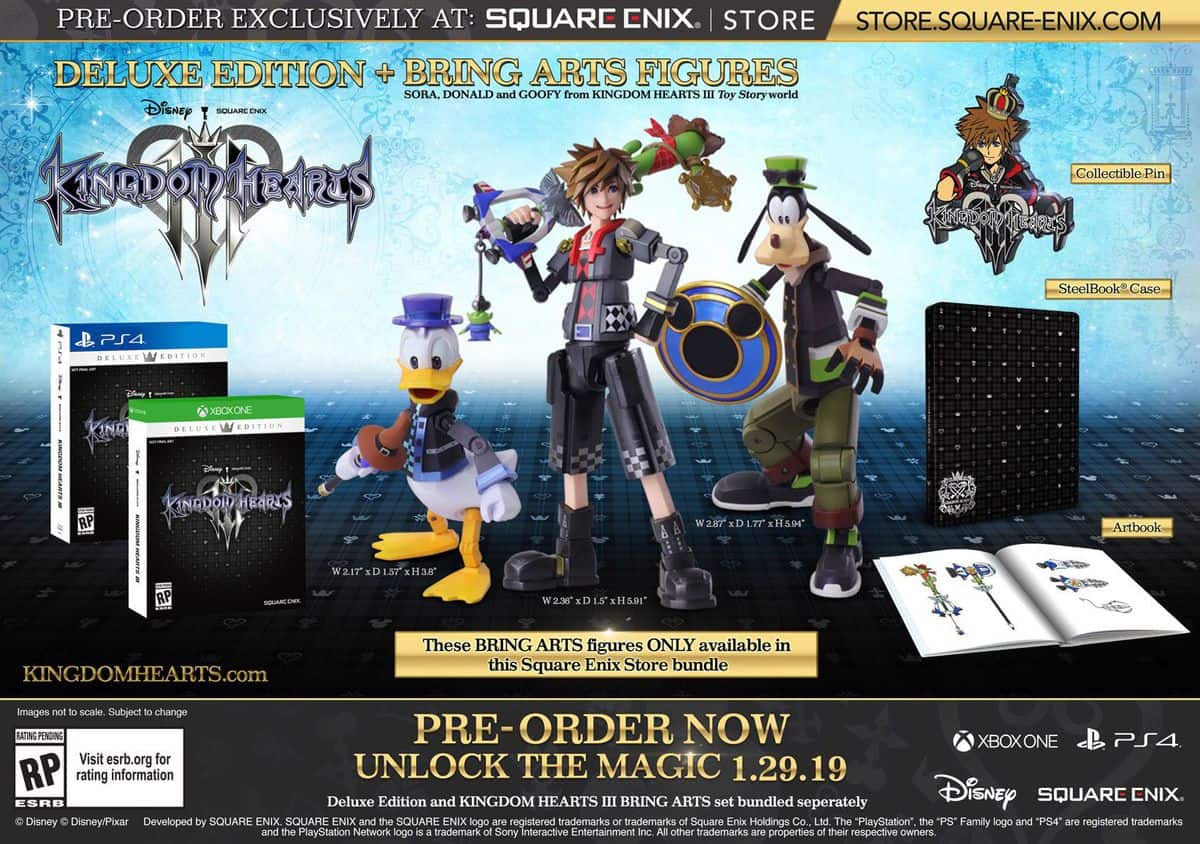 Kingdom Hearts 3 is on its way and the sequel to the long-awaited Kingdom Hearts 2 will release on January 25, 2019. If you are someone who’s a fan of the series then you should start by pre-ordering the game with its Deluxe Edition bundle which includes 3 art figures.

This one is for the fans and the game collectors, Square Enix has revealed an edition with a hefty price of $229, which will bring you Kingdom Hearts 3 game disc in a fancy looking steel bookcase along with three exclusive art figures of the main cast in the game.

These action figures are of Sora, Donald, and Goofy which we have known for years and are a part of our childhood memories. But these action figures come exclusively from a new world introduced in the game which is Toy Story. Sora has a brand new look based on the Toy Story world along with Donald Duck and Goofy.

This expensive edition also includes an artbook and a collectible pin for Kingdom Hearts 3 fans. This bundle will cost you $229.99 which is $150 more than the deluxe edition and is only available for pre-order from the Square Enix store.

It’s a pretty expensive deal but it’s the only way for anyone to get these action figures so it’s worth paying for.

Director of Kingdom Hearts series, Tetsuya Nomura talked about the game in detail recently and he discussed the character of Sora by saying how he’s always ready to help out others. He also mentioned that he wants everyone to see the last battle in the game and a new location which he wanted to create from a very long time.

Kingdom Hearts 3 Orchestra trailer recently got leaked recently and it showed us ‘‘Randall Boggs” from the “Return of the Keyblade”.