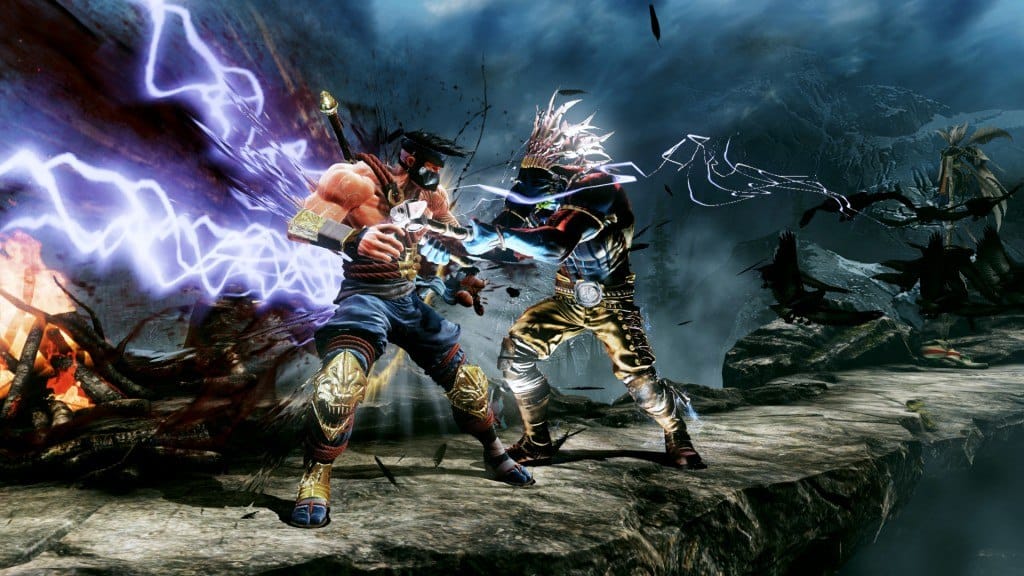 Jago is the by default unlocked character in Killer Instinct. Jago has a playstyle somewhat similar to Ryu/Ken from Street Fighter. Whether you intend on keeping your distance and playing defensively or pressurizing your opponent, Jago is a decent choice.

For more help on Killer Instinct, read our Moves List and Combos Guide.

Jago has a bunch of Normal Attacks which can be used both as Openers and Punishers.

Heavy Punch and Medium Punch have excellent range and can be used while standing. If your constantly facing jumping Openers from your opponent then your best bet is to use crouching Heavy Punch or a Tiger Fury.

Jago is also capable of executing long combos beginning with a cross-over of Medium Kick or Heavy Punch. Experiment with them to figure out which one works best for you!

The primary attack that you should be using is Endokuken. While you are zoning, a Wind Kick from a HK (Heavy Kick) will allow you to punish the whiff attack from your opponents. You will often find yourself being attacked by a jump attack, use crouching HP followed by a Tiger Fury, Shadow Endokuken, or Wind Kick to do some extra damage.

You can also deliver a standing HP followed by a Linker to initiate a combo. A standing HP can also beat your opponent’s Light and Medium attacks; allowing you to start your combo.

Jago has a quite fast forward and backward dashing which comes handy while rushing. You can execute a Wind Kick after a Neck Cutter which begins a combo. Double Roundhouse can be used to poke the opponent without worrying about getting punished.

While you are trying to get near your opponent, using a Endokuken followed by a Wind Kick will surely help you out!

In order to keep your opponent under pressure, you need to make sure that you don’t use the Wind Kick as an Ender. While you are standing near your opponent, you can use crouching LK followed by a combo or mix it up with a few good throws. But also stay vigilant to break the opponents’ throws.

A Medium Punch can also be used as an Opener since it is positive on block and you will not get punished. Medium Punch can be used from a little distance IF it is followed by a Wind Kick (LK).

Laser Sword is another attack which is really good up close range. This attack has one hit with a LP and two hits with MP and HP. While you are using this with LP, you can execute additional attacks to push the enemies.

When you are planning on staying defensive, the most annoying attacks you may encounter are Light Attacks which can being a combo. Jago’s Wind Kick is an amazing way of countering these Light Attacks.

As for breaking throws, you may want to use Shadow Wind Kick; given you have Shadow Meter.

Tiger Fury is another great attack if you constantly get pressurized by your opponent; it is almost a safe attack and you will not get badly punished. And finally, for punishing normal standing attacks, use your Shadow Laser Sword!

A character takes a specific time to get up after being knocked-down. Knowing this timing greatly works towards a player’s advantage. Since Jago’s cross-overs are really amazing and have good range; after getting your opponent to the ground, you can dash forward or backward and try to get a cross-over or fake cross-over which will get you some insane combos.

In addition to these cross-overs, you can also go for MK, LK, or Neck Cutter which can also be used to initiate a combo. However, some experienced players will expect these strategies so you may want to stay idle in some situations and again try to get a throw.

Try to use a combination of different things at different intervals to befuddle your opponents.

Activating Instinct during a combo is a really good idea since it allows you to regenerate health at a faster rate. Along with this, Jago gets a 2-frames advantage over the opponent most of the time.

2-frames surely don’t sound like much but it allows you to put in a few Manual Doubles in your combos with relative ease and punish effectively.

For Jago, you get a full Instinct bar per round; meaning that you would be able to use once before hitting the red Health Bar and once after the red Health Bar. While you are running low on first Health Bar, you may want to cancel an attack into the Instinct Mode so that you get some additional health for 15 seconds.

An experienced player can easily recognize and Combo Break a Manual Double in a combo. However, there are a few opportunities attacks that you can use which will allow you to execute a Counter Breaker.

For instance, you can use a Double Roundhouse while executing a combo expecting your opponent to Combo Break the second hit so that you can deliver your own Counter Breaker.

Experience with these strategies and don’t forget to share your favorite combos with us in the comments below!