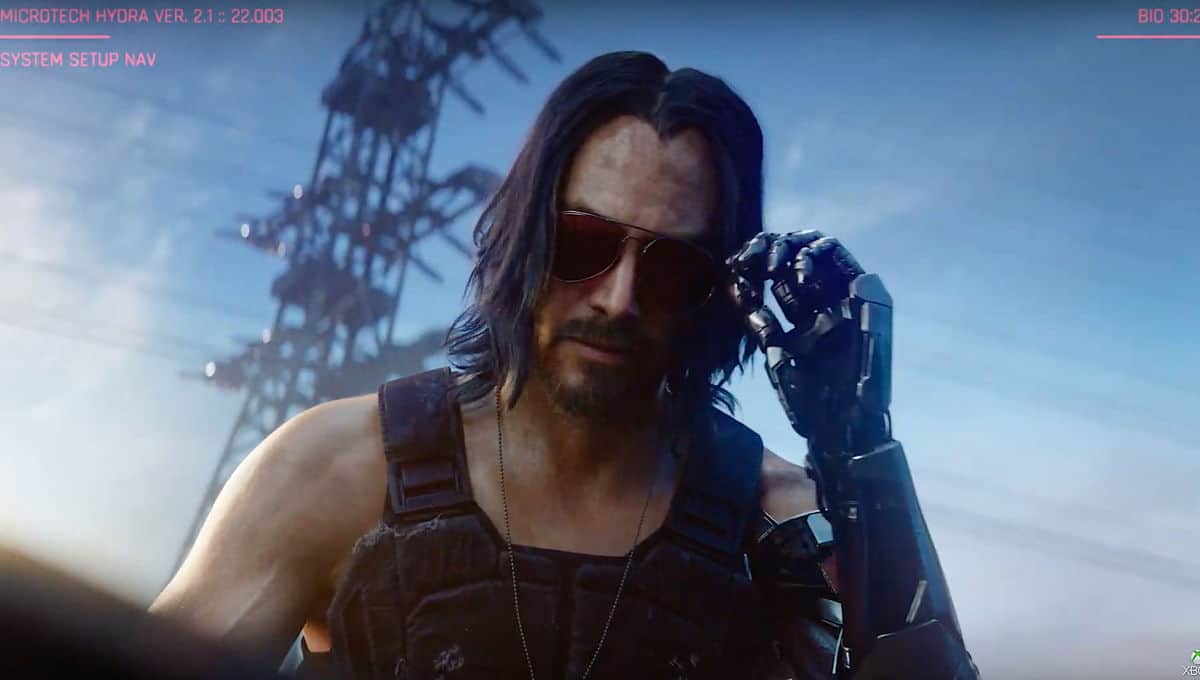 Everybody can agree that the highlight of E3 2019 was when Keanu Reeves appeared in the Cyberpunk 2077 trailer. After the trailer, Mr. Reeves himself walked on stage. The extent to which this secret was guarded made the reveal that much better. The surprise was strong enough to boost Cyberpunk 2077 pre-order sales. Was celebrity intervention needed for that, though?

In a post E3 2019 interview with Keanu Reeves, the Cyberpunk star stated that he doesn’t think video games need Hollywood. Of course, Mr. Reeves is known for being humble so this statement fits with his persona. He did add weight to the statement though.

“I don’t think [videogames] need legitimizing. If anything I’d say it’s gone the other way. It’s more of the influence gaming’s had on, let’s call it Hollywood,”

He’s saying that it’s actually the other way around. Hollywood is now more focused on taking notes from the video game industry. The upcoming video game movies are an example of that principle.

Furthermore, there are movies like Hardcore Henry that emphasize on a lot of gaming tropes. The entire movie was in first-person after all.

Of course, it’s not like high profile appearances don’t help at all. As mentioned earlier, Keanu Reeves in Cyberpunk 2077 did create pre-order megasales. Video games have made use of celebrities before such as Samuel Jackson in GTA San Andreas.

Rockstar did state, however, that they’d rather not associate with high profile celebrities again.

To finish off the interview, Keanu Reeves elaborated more about his role in Cyberpunk 2077 as Johnny Silverhand. More on that here.