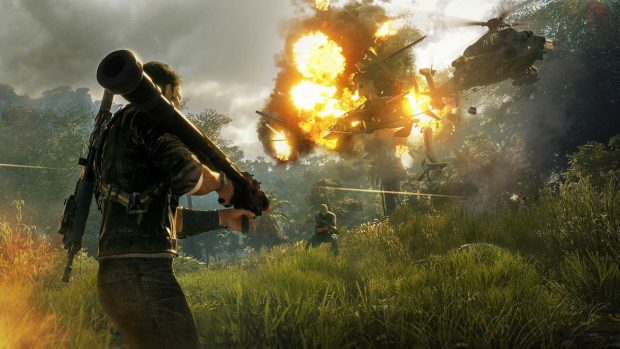 Just Cause 4 has launched for PC and consoles. While the game is significantly optimized compared to Just Cause 3 but, players are still facing errors and issues like Just Cause 4 Direct3D Error Core: 34, crash on startup, no sound, low FPS, and more.

Here we have compiled a list of Just Cause 4 errors along with their fixes and workarounds. So that you can play the game without any problems.

Just Cause 4 not only brings visual improvements but the game has also been optimized across all platforms. Meaning there are fewer FPS drops compared to Just Cause 3 especially on consoles. AMD has even rolled out Radeon Adrenalin Edition 18.12.1 that brings support for Just Cause 4.

Despite all that, its a piece of software and errors and issues are bound to pop up like Just Cause 4 Direct3D Error Core: 34, black screen, and more.

Before we begin, make sure your system meets the Just Cause 4 system requirements. The following are the errors and issues that players are experiencing in Just Cause 4 along with their fixes and workaround.

Just Cause 4 players are encountering a crash on startup while playing the game. Here are a few things you can do fix this issue.

Make sure you are not using any 3rd party monitoring software like MSI Afterburner as might be the culprit messing with the game and not letting it launch.

Players are reporting they are encountering Direct3D Error Code: 34 DXGI_ERROR_DEVICE_HUNG error while playing Just Cause 4. Here are a couple of things you can do to fix this problem.

First, open Nvidia Control Panel and select “Manage 3D Settings” and then select “Program Settings”. Select Just Cause 4 from the drop-down list and set “Power Management” to “Adaptive”. This will potentially resolve the Direct3D Error Code: 34 DXGI_ERROR_DEVICE_HUNG error for you.

Also, update your GPU drivers to the latest version or at least use the Game Ready Driver for Just Cause 4.

If this doesn’t work for you then the problem might be with your GPU. If you have overclocked the GPU or factory overclocked GPU then revert the GPU’s clock speed back to its base clock speed. This will resolve the DXGI_ERROR_DEVICE_HUNG error for you while playing the Just Cause 4.

The sound is another one of the issues with Just Cause 4. Players are reporting that when they start the game they are not getting any audio from the game. There are a couple of things that might fix this issue for you.

First, make sure you sound settings have set the same amount of audio channel as your headphone. Go to “Playback” in Sounds and select your active audio device. Now click on “Configure” and you will be presented with a set of options. Select the right channel for your audio device and go with the setup and this should resolve the problem.

If the issue with Just Cause 4 still persists then run the game as administrator. For that, open the game’s installation folder and you will find JustCause4.exe.

Right-click on it and select properties and then click on the “Compatibility” tab and check “Run this program as an administrator” and apply it. Now launch the game you should start getting audio in your audio device.

Players are reporting that Just Cause 4 crashes randomly while playing. Here are a few things you can do fix crashes in Just Cause 4.

First thing is to update your GPU drivers to the latest version as they bring game-specific optimizations. Also, turn-off third-party monitoring apps like MSI Afterburner. Also, running the game as Administrator solves the crashes too.

Black Screen is a common issue for PC versions of video games and Just Cause 4 is no exception. To fix this problem, start the game and when the Black Screen appears, press “Alt + Enter”. This will put the game into Windowed mode.

Now go to the video settings and change game’s resolution to your monitor’s native resolution and you can play the game in fullscreen without getting the black screen issues.

With som nay PC configurations out there, there are bound to be problems with the PC version of the game like FPS drops and stuttering. Here are a few things that will help you boost FPS in Just Cause 4.

First, update the GPU drivers to the latest version as it brings game-specific optimizations. Make sure there is no background process running that is too much of your CPU and HDD.

If you are an owner of at least GTX 10 series GPU then open Control Panel and select “Manage 3D Settings” and then select “Program Settings”. Select Just Cause 4 from the drop-down list and set the Vertical Sync to “Fast”.

This will allow for a significant FPS boost but only if you have a GPU and a CPU that can handle it. With this, you stuttering and low FPS issue will be fixed.

That is all for our Just Cause 4 errors like Direct3D Error Code: 34, crash on startup, no sound and more.