10 Exciting Characters We Cannot Wait To See In Jump Force 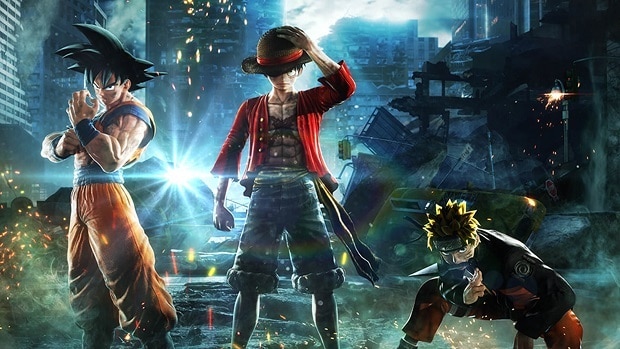 Jump Force is going to be out soon. The crossover game has given us a little taste of which characters the game is going to have such as Naruto, Luffy, Goku, and Aizen. However, we will be looking at some of the characters we’d like to see in Jump Force today.

There are quite a few characters we’d like to see in Jump Force and they range from Hunter x Hunter all the way to the Demon Slayer. However, we will be looking at 10 of them today.

We will be telling you about 10 of the characters that we are particularly excited about. Of course, it has not been confirmed whether any of the following characters will be a part of Jump Force but these characters are definitely unique enough to be featured in the game.

Let us go ahead and look at our list. We will mention the character name and then tell you why we think the aforementioned character deserves a place on the roster.

Gon Freecs is a kid from Hunter x Hunter. He left his home when he was 11 years old to take on the trial of becoming a pro-Hunter. Not only is he naturally talented, he also has an endless supply of power. Not only that, his special attack is known as the ‘Rock’ attack which is derived from the Rock, Paper, Scissors game.

Izuku from My Hero Academia is also a character that we would love to have on Jump Force. He has many moves up his sleeves that include the use of both his legs and his arms. He is also a very popular character so it will be great for fans of the series to have Izuku as a part of the Jump Force roster.

The temperament of Katsuki Bakugo is something that is feared by almost everyone in the land. Not only does his aggressiveness and his anger instill terror into the enemies but also his swift movement will be a mechanic that will be insanely fun to play around with if he ends up becoming a part of the Jump Force roster.

What really makes Kuro interesting is his story. He is a very mysterious creature. As those who watch the Assassination Classroom have seen, he is the person responsible for blowing up 70% of the moon and he wants to teach a class in Japan or he will destroy the earth as he did the moon. Now if that does not make you want to play as him, then I do not know what will.

This is another character who has to be a part of the game due to his massive popularity. As anyone who calls himself a manga enthusiast will know, Kenshiro was the hero of Fist of the North Star.

It has been over a few decades since that Manga first came out and yet the popularity of Kenshiro is still obvious within the Manga community. For this reason, it would be criminal not to have him as a part of Jump Force.

Black Cover is a series that is still running in Shonen Jump. This means that the main character of the series who goes by the name of Asta is someone who is very well known. As for his story, he is a junior member of the Magic Knights and his weapon is a Five Leaf Clover Grimoire.

Asta is another one of the characters who is instantly recognizable by people who are dedicated to this subculture and everything related to it. As such, it is important to have a modern, recognizable character in the game along with the usual household names such as Goku.

The primary reason for including them in our character wish list for Jump Force is because, in the original Yu-Gi-Oh, these dragons were simply unstoppable unless they came face to face with Yugi’s Exodia the Forbidden One. Of course, you could also use the Trap Card.

It will be interesting to see how opponents can stop them if they come face to face in Jump Force which is why we want to see them make an appearance in the game.

Bleach is another franchise which is very popular in Japan and has developed a cult following outside of it. It would be a mistake not to have the main character of Bleach be a part of Jump Force roster. If that is not enough to include him, and then remember that his name literally means ‘Strawberry’ in Japanese.

Devilman recently had a Netflix series attributed to him but that is not where he draws its origins. The first time Devilman saw the light of day was in the 1970s through Shonen Jump, so it will be interesting to see if such an old and classical character is given a rework and made a part of the Jump Force roster.