Journey – A Mystical Masterpiece in Development 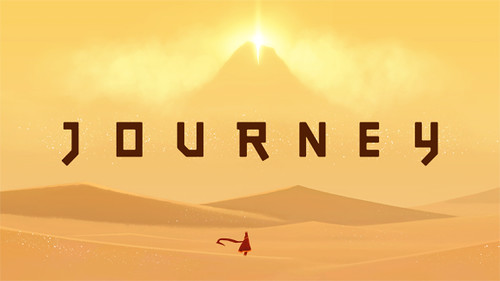 In the current gaming era, games have become a hardcore, frustration-creating and stress-developing art, which is both addictive and at times annoying. Little attention is paid to the demanders of a calm and quiet experience, and they are left only to play Solitaire or Minesweep.

But what such players need is not a neutral, non-emergent experience; they need something that has soul, purpose, and something that their inner selves can relate to. Now before I start sounding like Buddha, I’ll immediately let you know that what I mean is players need a game like Journey.

Journey is, by far, one of the most interesting and amazing concepts in the modern gaming era. Firstly, it definitely is a very brave attempt, but regardless of it becoming popular or not, it is already looking at a masterpiece.

The game is far different from anything you’d see in the current gaming generation, and avoids being flashy with complicated realistic graphics or a Hollywood-styled driven storyline. What the game does is touch your soul, and can even be a passive meditation.

In Journey, you play as a red robed, unnamed figure in a desert. There are no maps or instructions, or any sign of why you are in the desert or who and what you are; there is only one objective: to make a journey to a distant visible large mountain. Currently a beta of the game is underway and you can watch the intro below.

While playing online, you can come across other players making the journey while playing online (co-op, in a way of speaking), and though you cannot interact with them with words, text chat, a nick or tag, or any other conventional gaming way, you can help them in their journey, and they will mutually help you.

The only thing you’ll have to your disposal to make the other players aware of you is a wordless shout and a symbol on their robe that will show whether you have previously come across the player or not.

It may seem like a helpless situation, but there is a sense of purity in the method. Thatgamecompany, the creators of the game, has stated that ‘it’s about two people meeting each other; they don’t know who the other person is, or what he/she looks like; they just know it’s another human being.’

Loads of sand and a few friendly similar-looking robed figures aren’t the only contents of the desert. There are plenty of puzzles to do, and plenty of ways to go about to complete your journey.

You’ll come across magical pieces of cloth which will give you the ability to fly for a short time, along with other magical objects and ruins which you can interact with, though there is no information about what their purpose is and why they are there. You can watch the bridge building and kite flying gameplay in the beta videos below.

The simplicity and soothing nature of the game is catalyzed by the fantastic music. The sounds are simple, and the music played really adds to the meditating flavor of the game, making the journey feel more soulful, more peaceful, calmer, and perhaps even more mysterious.

There is definitely a mystical and maybe even spiritual feeling of the game, and it subtly captivates you, whether you are a mystical, spiritual person or not.

It’s definitely strange that there is so much to write and read about a game as simple and minimal such as Journey. It’s simply because it touches the soul, and is a must-have for all those interested in meditation and spiritual.

The game doesn’t contain anything spiritual itself, but just the feeling is both relaxing, mystical and captivating, enough to attract anyone interested in having a calm time. Its release date is still to be announced, but if you ask me personally, I really can’t wait to add this to my collection.