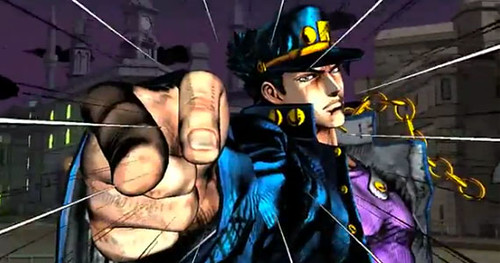 According to Deculture CyberConnect2 boss Hiroshi Matsuyama said in a livestreamed video interview that JoJo’s Bizarre Adventure will be released in Europe. Matsuyama said last month that Namco Bandai was considering a localisation, but apparently sounded more certain this time.

The PlayStation 3 fighter is based on a venerable manga franchise and has swum back into western consciousness recently thanks to the re-release of a classic Capcom fighter.

JoJo’s Bizarre Adventure is the story of a family of powerful fighters named the Joestars, who possess special abilities tied to their bloodline. The series is a classic piece of Japanese anime/mange and the video game adapted from it, JoJo’s Bizzarre Adventure: All-Star Battle will be published for Playstation 3 in 2013.