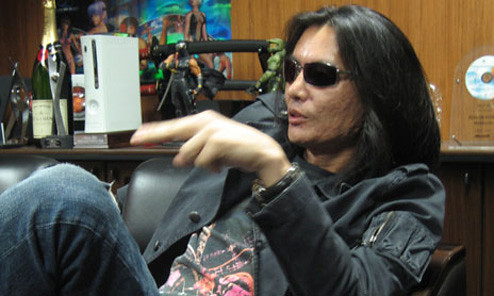 Outspoken developer Tomonobu Itagaki of Valhalla Game Studios is known for developing very Japanese games…games such as: Ninja Gaiden and Dead or Alive. Now, Itagaki is working with Western publisher THQ and if you’re wondering what the big difference between Japanese and Western game development was, the answer is — budget. Yep, the money difference is quite massive.

Speaking to Game Informer, Itagaki was asked what are the differences between Easter and Western developement.

Itagaki: We’ve been working with THQ for two and a half years, and when I was working in Japan I was at the publisher myself so I can’t really compare because it’s different. The circumstances are very different. I really understand what the publisher thinks because I used to be the publisher myself. The one thing that’s completely different between the Eastern publisher and Western publisher is the budget. I’ve made more than 30 games, and if you put a little bit more [money] into the one I’m making now, Devil’s Third, I could make all of the 30 games I made before. That’s the big difference. The budget you use for the promotion is completely different too. Those are the biggest differences.

Yep, you read that correctly. His upcoming game with THQ The Devil’s Third, has almost the same budget as all his previous games combined.

Hopefully, this means that they’re sparing no expense in making the game the best it could be, no?