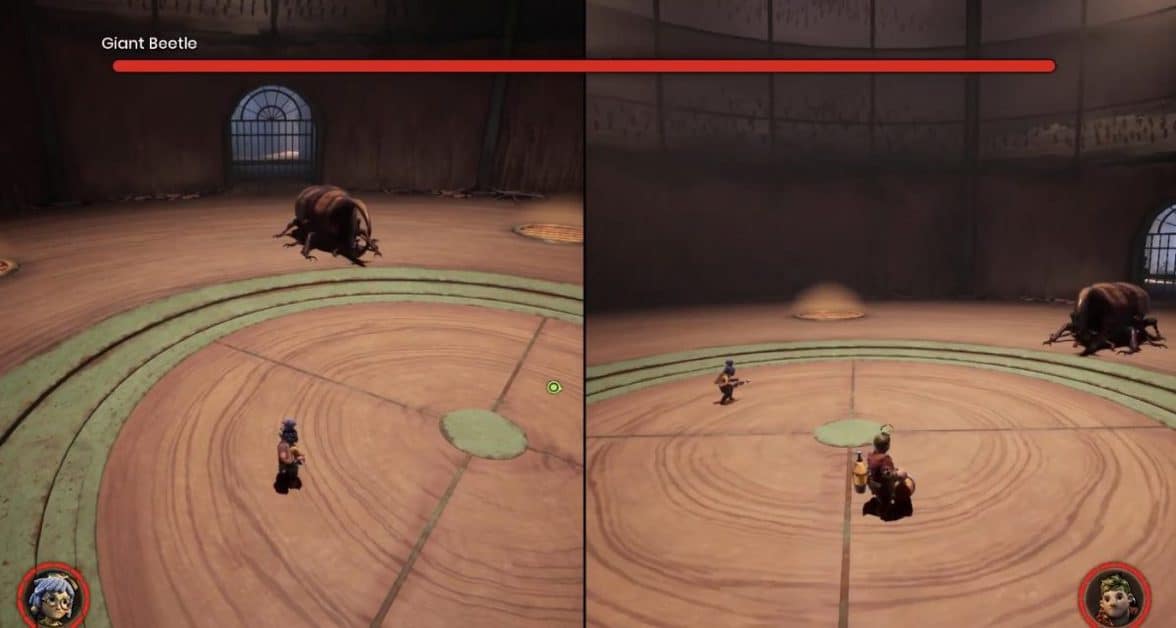 One of the bosses you face in It Takes Two is the Giant Beetle and, in this guide, we’ll show you how to take it down! It’s very tough and will need both players’ cooperation to dish out the maximum damage to defeat it.

The Giant Beetle in It Takes Two doesn’t have a lot of complex moves or skills that you need to watch out for, so it’s all reliant on your cooperation with the other player.

There is a specific way of damaging the beetle; otherwise, you might as well give up on defeating it. There are 4 sewer grates all over the arena. Each of these sewer grates has a yellow sab beneath it.

May must already have the sap in her aim as the beetle charges towards Cody to have the perfect timing to hit the sap. When it isn’t going crazy and charging at the players, it will start jumping and slamming its body to the ground.

The slam creates a red ring of energy spreading outward, make sure to jump over these rings, or you will take damage. Sometimes only one ring expands; sometimes, three simultaneous rings expand outwards.

This continues on till you reach the next stage, which is the beetle will launch you both into the Wasp hive, and another boss battle will ensue.