Ishin! Like A Dragon Gameplay Puts Weapons At The Forefront 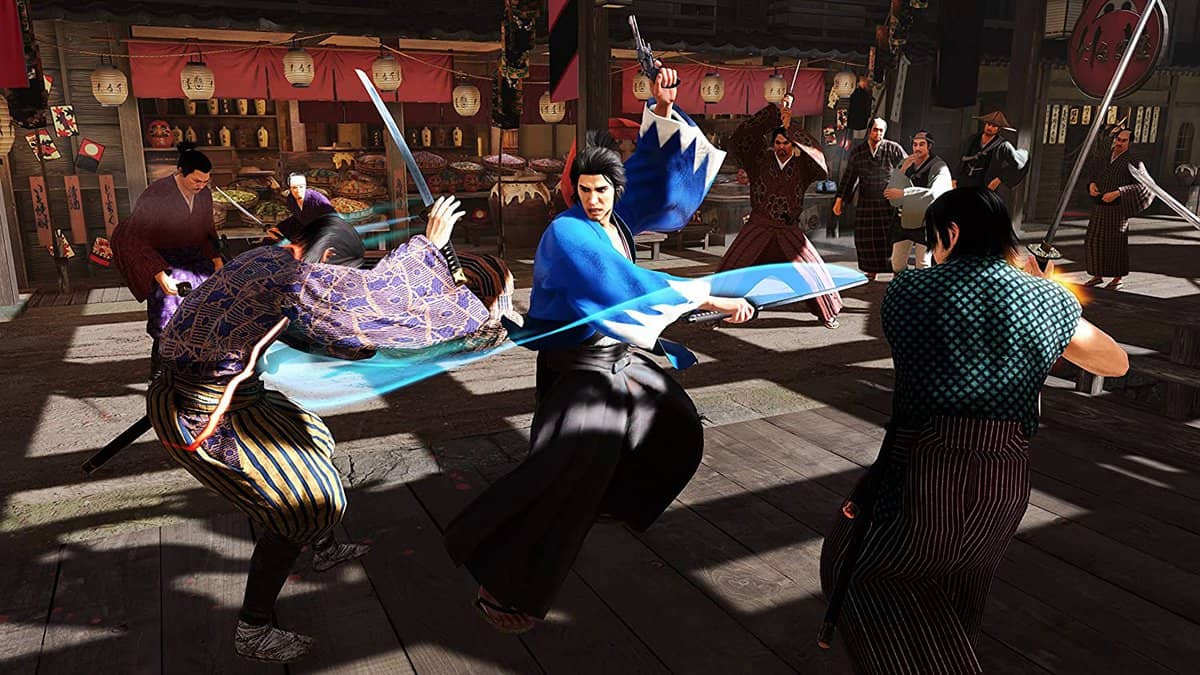 In previous Yakuza games, the combat’s focus has been on the characters’ fists and what they can do with them, with weapons being a temporary measure you can pick up during a fight. However, according to studio head Masayoshi Yokoyama in an interview with Play UK, the upcoming Ishin! Like A Dragon game will make weapons a huge part of combat.

“When we were first developing the original Ishin! nine years ago, we thought the biggest difference from the main titles was that there was action using weapons.“

Sakamoto Ryoma, the player character and Kiryu analogue of Ishin!, is a far different beast from the white-suited brawler we all know and love. While he can make use of his fists in fights, Ryoma also has three other styles, dealing with his sword, his gun, or using both in concert. That, in turn, helped develop other parts of the game, according to Yokoyama.

“As a result of coming up with a system that can satisfy the need to level up weapons, we decided to add the underground dungeon, which would allow players to focus on collecting material to strengthen weapons.”

The use of weapons and the process of upgrading them isn’t the only change to the Yakuza combat system, either. Similar to the assist power ups of “Yakuza: Like A Dragon”, players will also be able to use a card system to provide buffs no matter what style they’re using. Yokoyama says that this mechanic was also born out of the dungeon system.

“…as we were working on the underground dungeon system, we tried to think of another element to add on to this, as it felt repetitive, and considered a system that would allow players to bring troopers along with them, which leveraged the setting that they are leaders of an organization called the Shinsengumi. This ended up being the Trooper card system.”

With new and more violent combat options, plus everything else that you’ll be able to do in Ishin! Like A Dragon, hopefully this long-awaited side-game will end up making a big impact on the Yakuza fanbase when it comes out on February 21 of this year on Playstation 4, Playstation 5, Xbox One, Xbox Series X, and PC.