Is Far Cry New Dawn a Full Game? Here’s What You Need to Know 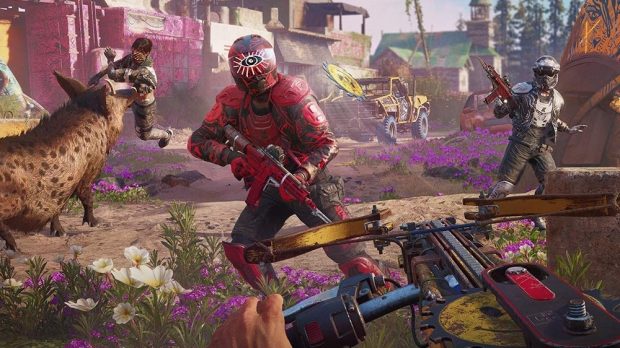 Players will be able to buy this game for $40 from Steam, uPlay, PlayStation Store, and Xbox Marketplace. Far Cry New Dawn takes place 17 years after the events of Far Cry 5 and is a direct sequel to this year’s installment. There is a brand new protagonist in Far Cry New Dawn and a new set of villains we’ll get to face.

This is the first direct sequel for any Far Cry game and is a reskin of Far Cry 5’s map. It takes place in Hope County Montana. The game brings back many of the gameplay systems we saw in Far Cry 5. The Guns For Hire as well as Fanks for Hire systems are back. However, sadly, we won’t get to see Boomer return for Far Cry New Dawn.

The protagonist of the game will have a new Dog companion by his side as Boomer was recently confirmed dead by Ubisoft. The story brings back many of the characters from Far Cry 5 but we won’t know who survived the nuclear launch that brought Far Cry 5 to a close. Ubisoft did mention that some beloved characters will return.

New Dawn is releasing on PC, Xbox One, and PS4 in 2019. Pre-orders for the game are now live across multiple retailers worldwide. Ubisoft might release a demo for New Dawn but the full game release won’t take place before February 9, 2019.