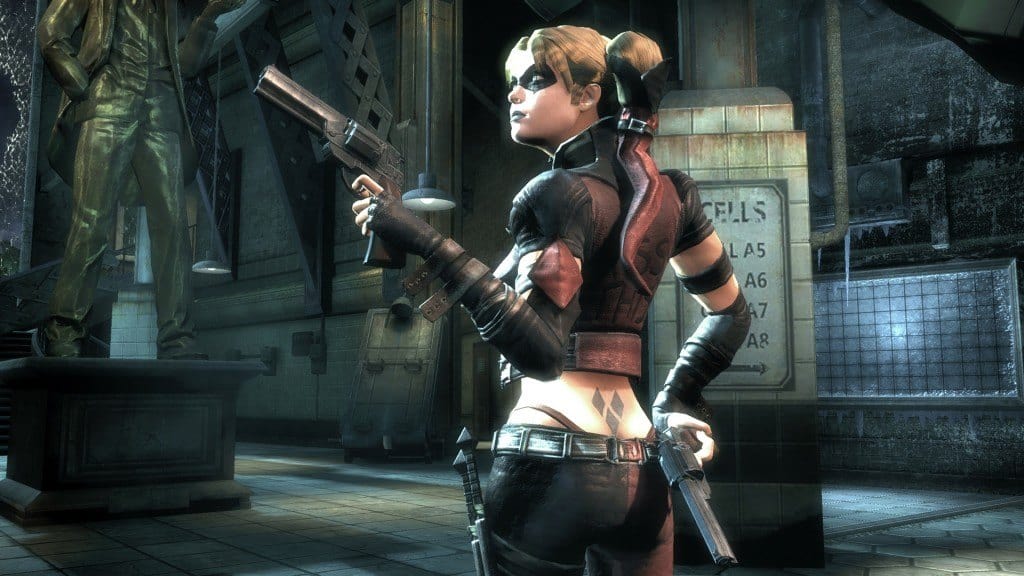 Harleen Quinzel was once a sweet psychiatrist willing to help her patients achieve a better state of mind. Unfortunately, one day one of her patients turned out to be the mad clown prince of crime; The Joker.

Rather than having a positive effect on her patient, Harleen was influenced by The Joker to the point that she felt madly in love with him. This is when she adopted the Harley Quinn persona and became Joker’s mistress.

Injustice: Gods Among Us Harley Quinn Moves, Combos and Strategy

After spending so much quality time with the Joker you are bound to pick up more than a few tricks and all of them dirty. Harley, under the apprenticeship of the Joker has turned from a caring doctor to full-blown psychopath killer.

This means that she is as good as anyone in a fight and probably far better than a lot. In Injustice: Gods Among Men she too enters the fray. By her looks alone, I can predict that she will the top favorite character of many a gamer out there.

However, looks are not enough in the arena. You need skills to survive in this cruel world. This is where this guide comes in. In it, we will detail every lethal maneuver that Harley can execute.

Your opponents will be left crying while you enjoy the sight of in all her mad sexiness decapitate them.