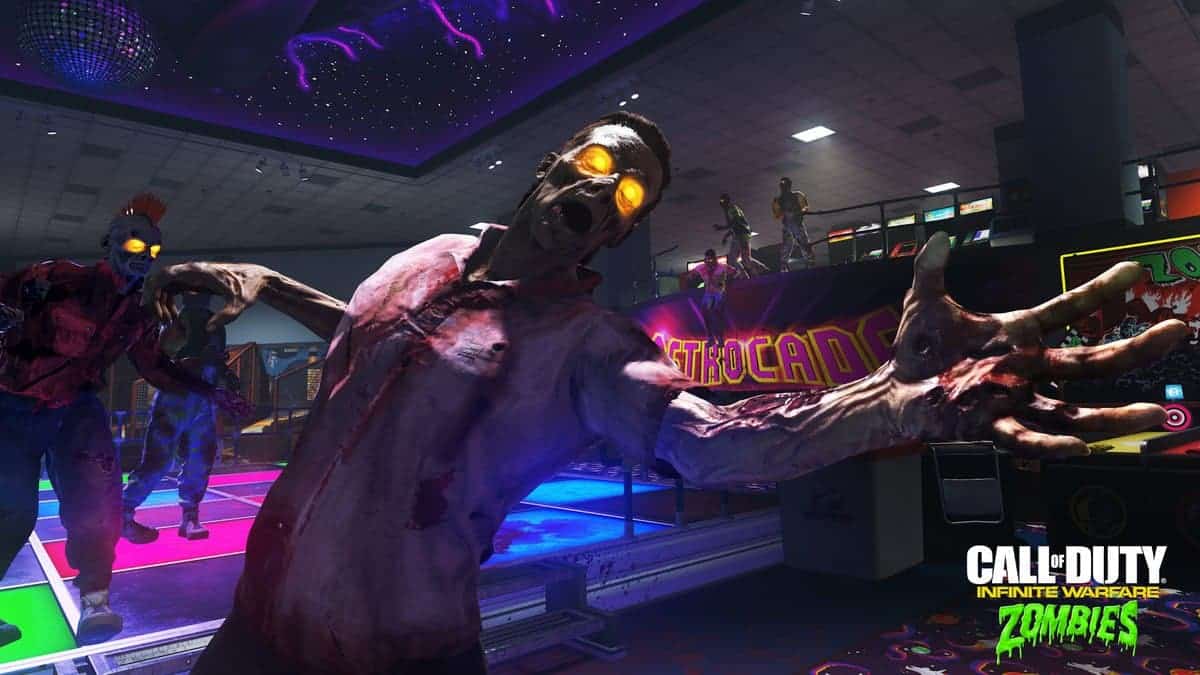 The following guide will discuss  one particular element, Infinite Warfare Zombies in Spaceland Lost and Found.

For the first time ever, the series is heading into space which means we could only be a couple of installments away from going full-on Star Wars. There are many new features and changes introduced such as the addition of the Jackal, new gadgets, more customizations for Multiplayer, and much more.

The campaign gives you decent 8-10 hours of action and multiplayer combined with Zombies in Spaceland adds to the value of Infinite Warfare.

Zombies is a popular mode that returns for Infinite Warfare. It is the first time Infinity Ward is releasing a zombies mode and it looks pretty fun.

There are different elements of zombies in Spaceland and one of which is Lost and Found.

Lost and Found section is located near the entrance of the map. Here, you can recover the weapons you lost upon death. But keep in mind that you would need to hurry up as they tend to vanish.

In order to effectively use Lost and Found you first need to get the Up N’ Atoms perk for your character. Now, with the perk activated, you need to die so you can visit the Afterlife arcade. Here you fill up your soul meter before you can revive yourself.

Once you are back from the dead, you need to head to the Lost and Found building. This time, you will notice a new icon on your HUD, a countdown timer that is running out.

Before the timer runs out, you need to reach the Lost and Found building. If you fail, you will lose your items and there is no starting over, those items are gone forever.

If you have any questions regarding Infinite Warfare Zombies in Spaceland Lost and Found Guide, head to the comments below.