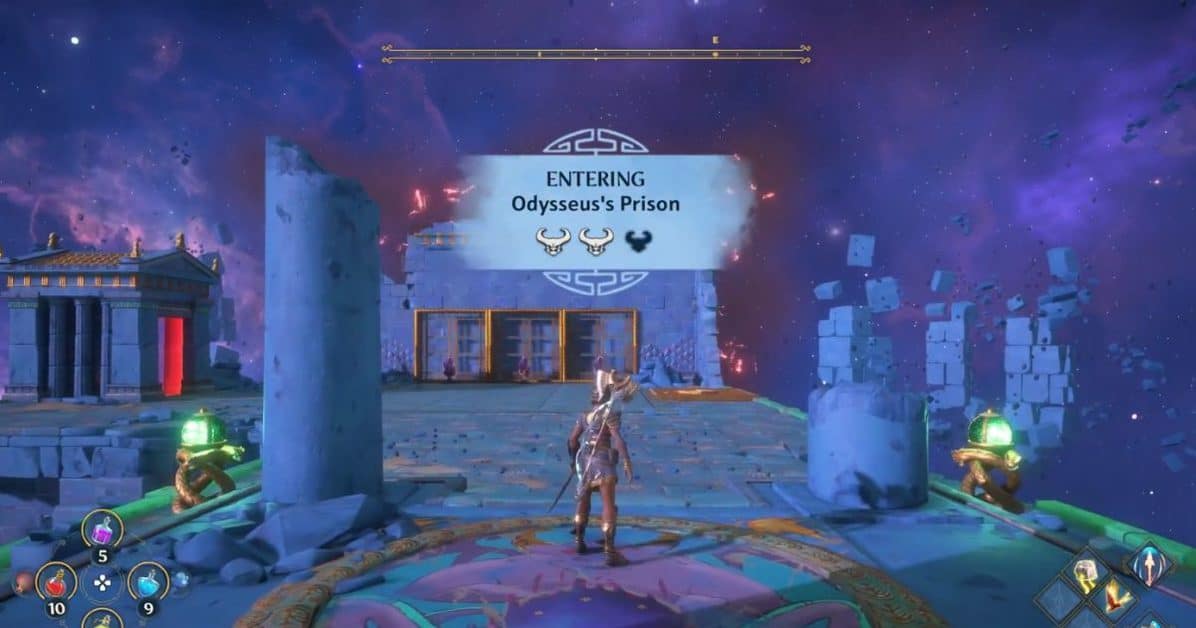 Located in Valley of Eternal Spring, Odysseus’s Prison Vault of Immortals Fenyx Rising tasks you with a tricky Arrow Puzzle. By completing this vault, you can acquire a secret chest, so it’s definitely worth doing.

Once at the Odysseus’s Prison. You’ll find a chest on the left of the area, which is currently locked. In order to gain access, you must pass a small puzzle.

The puzzle requires you to shoot three arrows at three different points to unlock and acquire the secret chest.

Shoot your first Apollo’s Arrow at the diamond-shaped target. The first one is quite easy and you’ll hit the target without any difficulty.

However, the targets after that are much more complicated as you’ll have to pass a few obstacles to reach your target.

The third target is quite tricky since you’ll have to unlock it first.

The target is hiding behind a huge crate and you’ll have to shoot the arrow, steer through the Cup shaped structure on a platform, make your way through few rings and steer towards another cup shaped figure at the end.

Again, shoot the arrow in the same direction but this time steer right towards the crate on the top right corner, hit it to unlock the target behind.

Once the target is unlocked, you can shoot it to gain access to the Secret chest.

Once you’ve gained access to the chest, you’ll acquire Brood of Typhon Helmet.

You can further acquire Zue’s lighting by flying towards the structure on the right and collecting it to complete the vault.