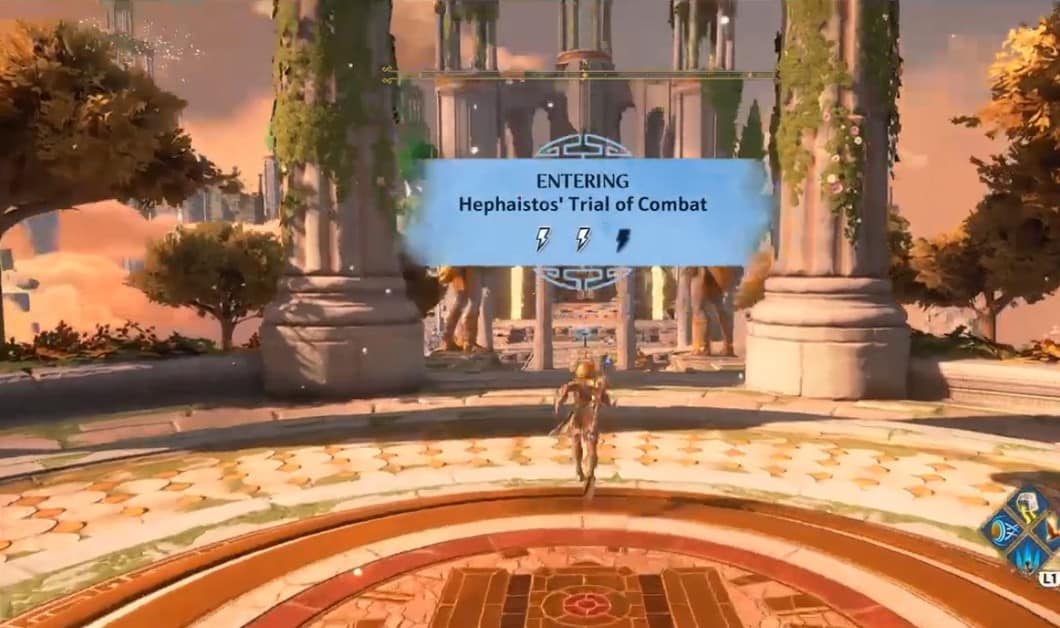 The mission starts with a simple puzzle that you have to solve to progress further. You need to connect two electric poles with the help of an electrocuted box.

Grab the crate and place it in-between the two poles and place the small box on top of it. The electricity will pass through the small box to the second pole. The gate will now open, and you can get through to the next area.

In the next area, you will face five enemies. You can easily defeat the enemies by pushing them off the platform.

There is an open space in the middle of the room and you can push them off easily. You will unlock the Hephaistos’s Challenge if you manage to drop all five of the enemies.

Once the enemies are defeated, the gate will open, and you can now find the Treasure Chests.

Treasure Chests Locations
There are a total of two chests that you can find in this mission. Jump to the next stage and look at the platform on your right. Use your flying ability to get to that platform. Once you reach there, pull the lever and shoot the targets.

You will get 20 seconds to hit all of the targets. Hitting a target will give you one more second.

If you hit the targets within the given time, the gate will open. The first Treasure Chest is behind that gate and contains the Trumpet Shell of Triton relic.

Go back to the previous platform and activate the puzzle.

This puzzle works exactly like the previous one but, you will have to connect the two poles using three small electrocuted boxes. Use the same method as before and go through the gates when they open.

You will enter an arena where you will face three giants. You will have to slaughter the beasts to progress any further.

Use your Godly Powers to stun the enemies and keep hitting them until they get back up. Stun them again and keep repeating this process.

Once all three giants are defeated, you can go through the gates and loot the final chest. You will find 500 Pure Adamantine Shards in this Treasure Chest.