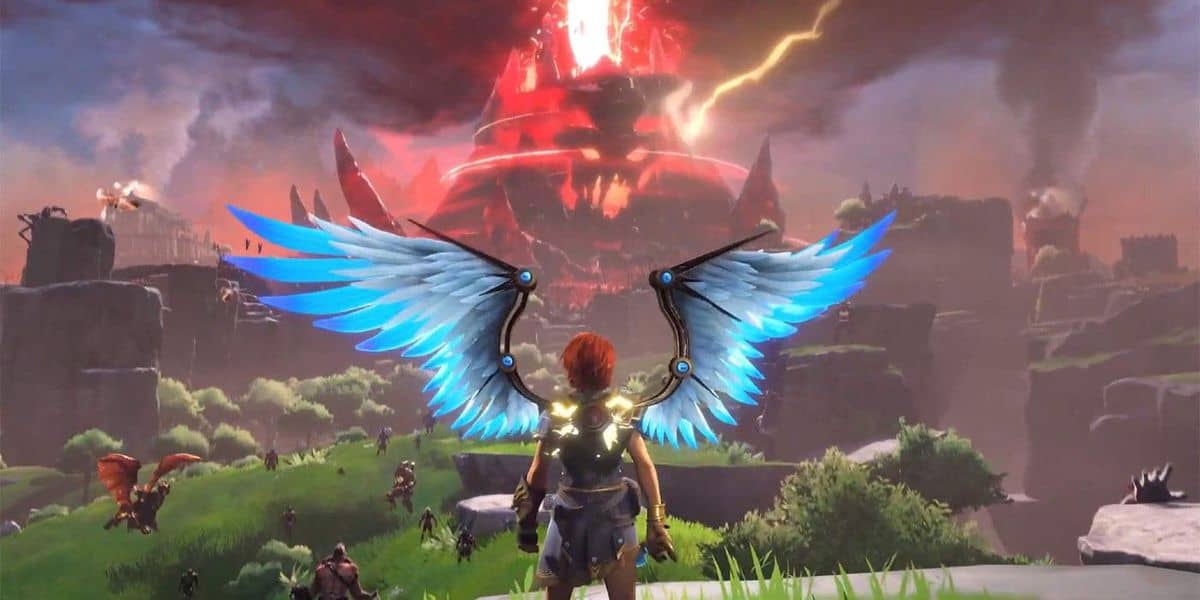 Are you having difficulty finding the locations of the four Mythical monsters in Immortal Fenyx Rising? Don’t worry because we got you covered! These monsters are really important as you need to find them to secure the “Who’s the Boss” achievement/trophy.

Go through the guide completely so that you can easily find all the four Mythical Bosses in Immortal Fenyx Rising and make the trophy all yours.

This Mythical boss can be found in the Valley of Eternal Spring. This boss has the ability to fly and attack you while in the air, so you need to make sure that you stay out of its range. As soon as her aerial attack ends, jump up and deal damage to her.

Her attacks will also result in lit coals all over the place, which you can use against her by throwing them towards her.

After some time she will fly to a new place and you need to go there by the inclined mountain. The rest of the fight will take place in this new area. You need to finish her off.

This serpent-like mythical boss can be found in Crove of Kleos. Go to the island on the left side of this area and then make your way to the middle of the island.

She will attack you by throwing blue flames through her mouth. You need to make sure that you avoid these. She also teleports to other parts of the arena too so look out for her tricks.

After her Health becomes half, she will also spawn some warriors to help her out, so you need to take them out first. Finally, when her health bar turns yellow, she will stop attacking you and you can easily finish her off.

This tough guy can be found on the island on the right of The Kings Peak. This guy won’t be very fast but he is surely very powerful.

You need to avoid being stomped on by him and you need to make sure that when he attacks you with his huge sword, you are out of its way.

You can easily get behind him after each attack to damage him there. He will be the easiest to beat as he doesn’t spawn any helpers too.

In War’s Den, go to Ajax’s Fort to find this last mythical boss. Go to the top of the area to encounter this multi-limbed creature.

This one is very tricky as he can roll towards you, damaging you a lot. He also has six arms, so you need to make sure that you are out of its way when he punches the ground.

Ultimately, you will be able to bring this one down too!

Now that you have killed all the Mythical Monster in Immortal Fenyx Rising, the ‘’ Who’s the Boss’’ trophy will be officially yours.