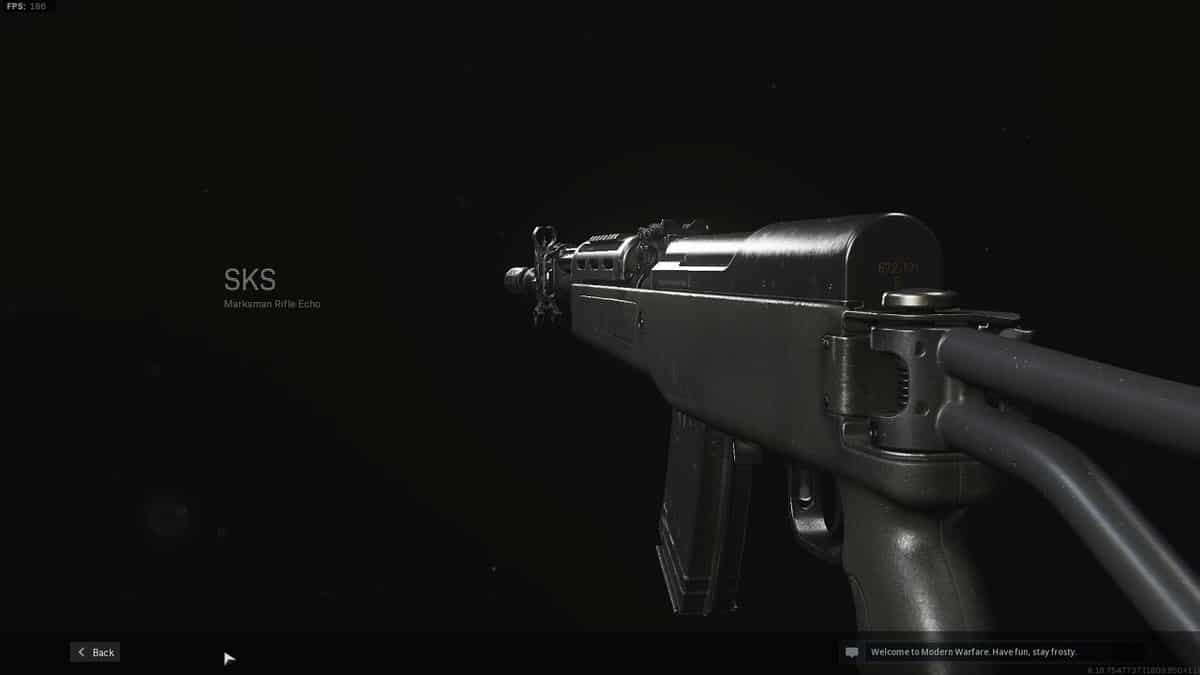 Just like previous seasons, simply playing enough to level up the battle pass will unlock both of the weapons for you. Thankfully, both weapons are part of the free tier of Modern Warfare season 3 battle pass so with a bit of grind, you will add SKS and Renetti to your arsenal.

There is another way but it costs a bit of cash. That way is buying the battle pass bundle and get the first twenty tiers unlocked instantly and get Renetti and then you can pay $1.50 per tier and unlock the rest of the eleven levels and get the SKS.

Now let’s discuss a bit about these weapons and their features:

SKS
Using 7.62x39mm rounds this semi-auto weapon is a carbine in-game and it is an agile weapon that causes a lot of damage, but it isn’t very accurate. But its advantage is that it is not a bolt action rifle and you have to worry about looking outside the scope after each shot.

In order to unlock SKS in Call of Duty, you have to get to Tier 31. It has a lot of attachments that help it out to make it more deadly. Let’s take a look at its attachment:

Renetti Handgun
A semi-automatic pistol with 9mm rounds that can be used to fire three-round bursts and it says in its official description that it is a very deadly weapon, but it is unassuming.

It works best if you use it at close ranges especially when using the burst mode. It has several attachments that make it even better.