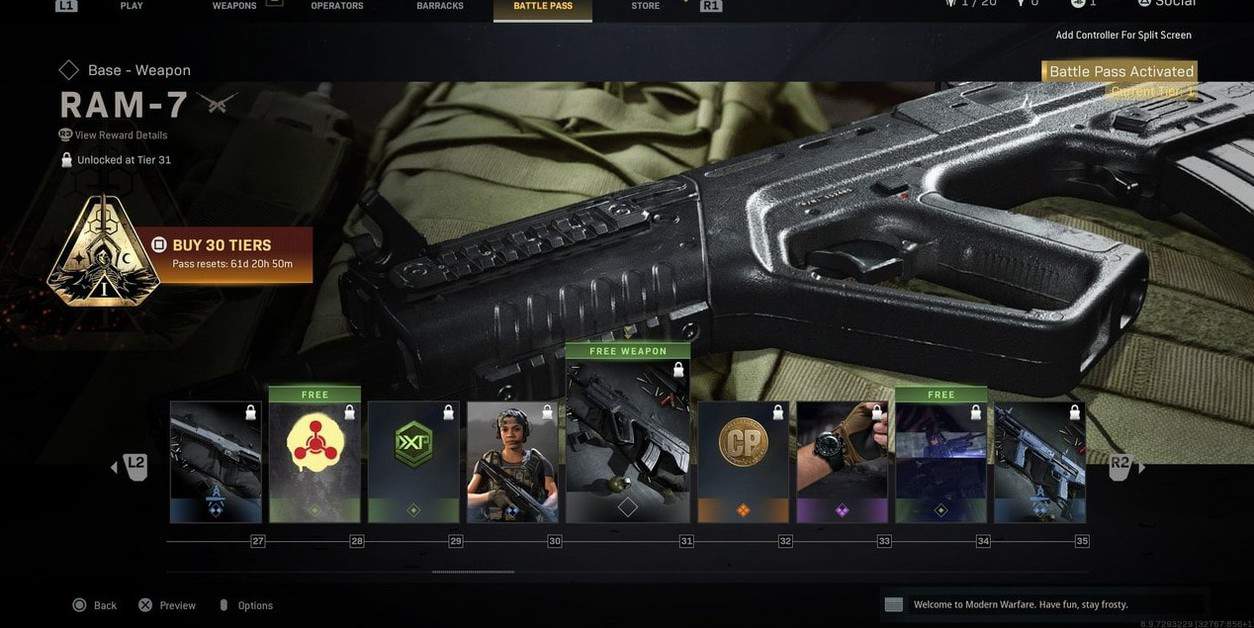 Any Call of Duty enthusiast would never stop looking forward to amazing weapons that the game has to offer. Thanks to the introduction of a Battle Pass in Modern Warfare which contains  100 tiers, each with some exciting content, there are plenty of new weapons to unlock. Among these weapons are two highly coveted ones, the Ram-7 and Holger-26. This guide will show you How to Unlock Ram-7 and Holger-26 in Call of Duty Modern Warfare.

As Season 1 of the game has officially started, the Battle Pass automatically unlocks as you play on. There are 20 tiers that are free for every player, further, the option to access all 100 tiers for 1000 COD points that cost 10 Dollars is also available. As mentioned above, two of the most exciting items available in the battle pass are the RAM-7 and the HOLGER-26.

Both these amazing weapons can help you dominate your opponents but unlocking them isn’t that easy. RAM-7 is an automatic bullpup assault rifle and HOLGER-26 is a light machine gun.

Both, RAM-7 and HOLGER-26 guns are available in tier 31 and tier 15 respectively which can be reached by either player Multiplayer or Spec Ops. Alternatively, the option to buy COD points to unlock tiers is always available.

A tier cost 150 COD points. In order to secure both these weapons instantly, 4650 COD points would be required which can cost 40 dollars. As discussed earlier buying the Upgraded Battle pass is rather a better option as it is only 10$. But since season one is due to end on February 3rd, there is plenty of time to play the game and unlock the weapons without needing to buy the Battle pass.

If you decide to go with the purchase route, it is a bit cheaper to buy the Modern Warfare battle pass with the 20 tier bundle instead of buying the battle pass and tiers individually. So this should give you a slight leg up on the battle pass grind and unlock Ram-7 and Holger-26 faster.