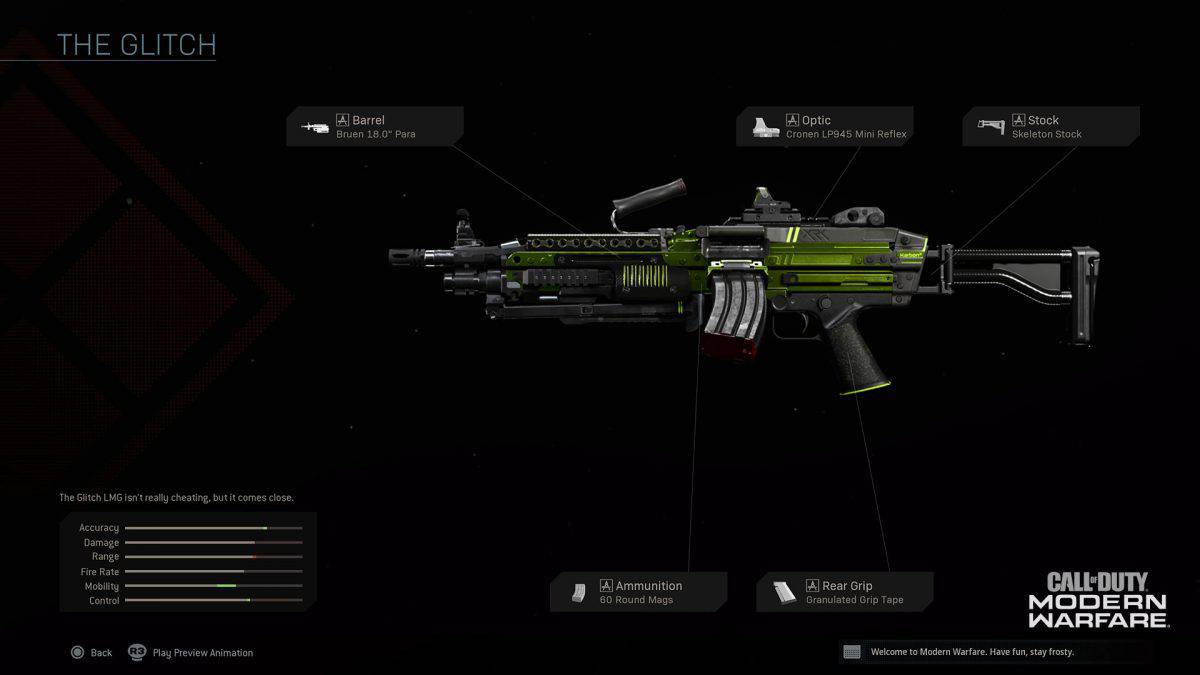 The most recent update to Call of Duty: Modern Warfare has brought with it a brand-new weapon – The Bruen Mk9 light machinegun! Since this rifle comes as locked, to reap its benefits, you have to unlock it. This guide will shed light on how to unlock Bruen MK9 LMG in Call of Duty Modern Warfare.

There are two of two ways of getting your hands on Bruen Mk9 in CoD MW:

Opting for the second option will simply cut to the chase and you’ll have the all-new Bruen Mk9 LMG right away!

However, for those who want to go about this procurement without paying a premium, which I reckon, most of you do, let’s jump straight to the first option.

This LMG challenge does sound a bit hectic but trust me, it will be worth the effort.

Before hopping into the multiplayer battles in Modern Warfare to unlock Bruen Mk9, you need to make sure you are equipped with not only the smoke grenades required for the challenge.

An LMG loadout with a thermal optic attachment allowing you to pick off-targets in the smoke easily will also definitely help with the process.

Since this week’s Call of Duty MW playlists includes Shoot the Ship, a playlist solely revolving around Shoot House and Shipment maps, we would recommend this to farm for the LMG challenge.

Considering the small size of the maps and a lot of players attempting the challenge, most of the map would be covered in smokes so getting kills towards the Bruen MK9 challenge would be easier.

Do keep in mind that you need to get at least 3 kills with LMGs in 15 matches. More than 3 won’t count towards advancing the challenge.

Since sitting in one place is impossible on the Shipment map, we would recommend Restock perk or Munitions Box field upgrade to help out with extra smoke grenades on Shoot House to unlock Bruen Mk9 LMG in CoD.