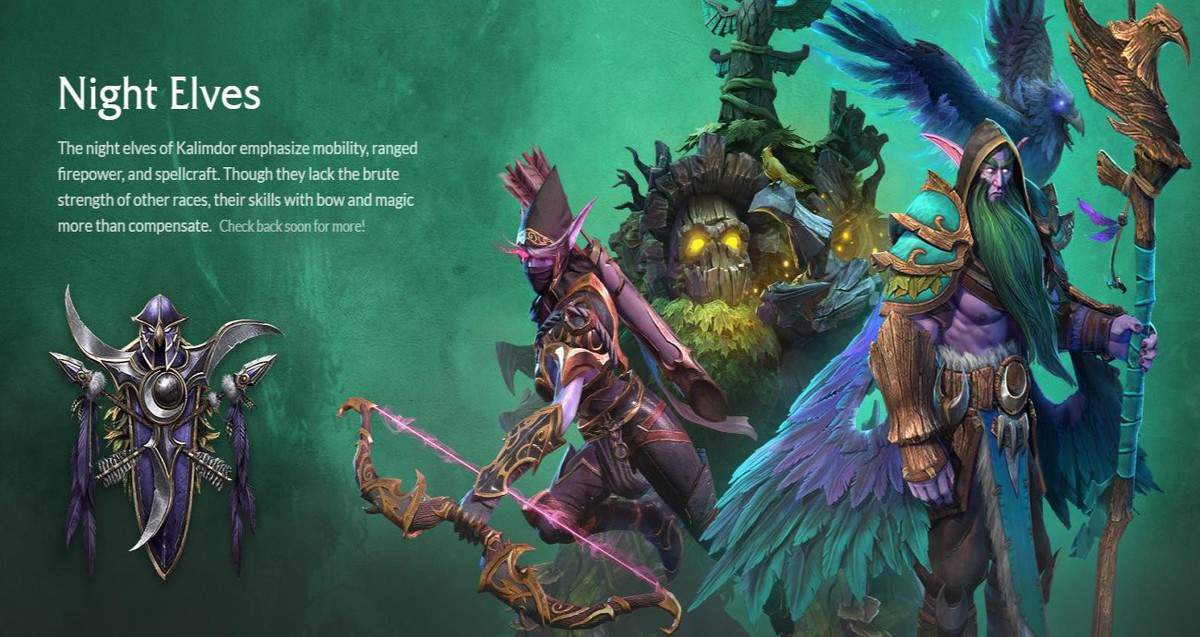 In this guide, we will show you How to Play Night Elf in Warcraft 3 Reforged to become an effective master of these woodland creatures.

We have listed the strategies for playing Night Elf along with all the units available in the faction. We have also given the build time and cost of the heroes along with buildings and upgrades.

Best option while playing Night Elf in WC3 Reforged is to use the Hero Keeper of the Grove and summon units that take early game creeps. Simply use the keeper’s ability on a patch of trees and summon your new units.

This way you’ll have early access to Gold Mines that are secured in the forest area.

Use Archers along with Huntresses to have a more effective result against all early melee rush builds, and If you’re the type of gamer who wants to strike and hide, then this Dryads is made for you.

You can work this group with Demon Hunter and Keeper of the Grove Heroes to play a hit and run game style. Just have fun!

The most annoying thing is an enemy casting you from every corner and you can’t do anything about it. Well, this is where the Dryads and Faerie Dragon come at your help as they are really helpful as a counter for enemy caster units.

Versatile units
Night Elf unit is the only unit after the humans that are very versatile that adapt any situation and evolve according to the environment. That’s not all as Night Elf has a variety of strong units that include Heroes as well.

Ancient of War creeping
Creeping the Ancient of War is an advantage for Night Elf as it can add edginess in the game against enemies and can create proper utilization of Tavern Heroes due to more flexibility.

Staff of Preservation has a unique item collection that can progress if paired with Moon Wells as a recovery agent for staffed units.

Impressive Expansion
Night Elf is considered as the best race for expansion. Tree of life is quite cheap to build in comparison to Human and Orc expansions. Undead’s expansion is excluded as it may be cheaper but it’s weaker.

No good support hero
The support of a hero is necessary when fighting the enemy. This is what gives Night Elf a minus point as they do have good starter heroes but don’t have any hero to assist their army.

Gets out-scaled in the late game
As mentioned before, Night Elf faction only has two main heroes and can easily be taken out if faced with a Trio-hero combination since the numbers game always win. This is the reason why the Night Elves late game is the worst.

Following are the best Heroes in the Night Elf faction, ranging from Demon Hunter to Warden according to their stats.

Although Night Elf don’t have much heroes, it doesn’t change the fact that these heroes play a very important role in WC3 Reforged and without mastering these unit, you can’t progress in the game.

Keeper of the Grove

Priestess of the Moon

There are different types of Night Elf units in WC3 Reforged having different abilities and builds that assist you in the game.

Below we have listed all the units available in the Night Elf faction along with their cost, build time and level.

Druid of the Talon

Druid of the Claw

Following is the list containing Warcraft 3 Night Elf faction buildings and upgrades along with their gold and lumber costs as well as build time.