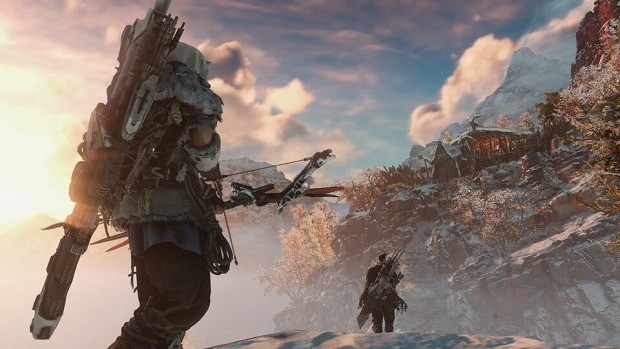 For more help on Horizon Zero Dawn, read out our Metal Flowers Locations Guide, Side Quests Guide, and Watchers Guide.

Stalkers are like robotic panthers and not only have a cloaking device on them to go invisible but are also equipped with ranged weapons making them really deadly since they can strike from anywhere.

Thanks to their low health, defeating them shouldn’t be much of a problem if players can keep track of a Stalker’s movements and avoid the ranged Dart Gun and Mine Launcher.

The Stealth Generator on a Stalker can turn it almost invisible making it really difficult to keep track of where they will strike from next. This is why players should focus on disabling their cloaking device early on in the fight.

Teardown arrows can prove quite useful here, alternated with shock damage since their outer armor is vulnerable to it.

Similar to the stealth generator, the dart gun can also be disabled leaving a Stalker with only the mine launcher. Thankfully, the mines are only deployed once players get too close to it.

To ensure that players can safely approach a stalker for critical melee damage, a shock trip wire is useful as it can not only cause a fair amount of damage but also stun them for a little while.

If players don’t want to risk a close confrontation, they can continue to use Shock arrows on Stalkers until the robot is finally dead.

Another extremely useful tool, if players have advanced a significant amount into the story, is the Lightning Spear acquired from Sylens.

Players can just charge a Stalker with the spear and keep attacking them. The lightning damage will make sure the stalker stays stunned and is unable to deploy mines or use other abilities.