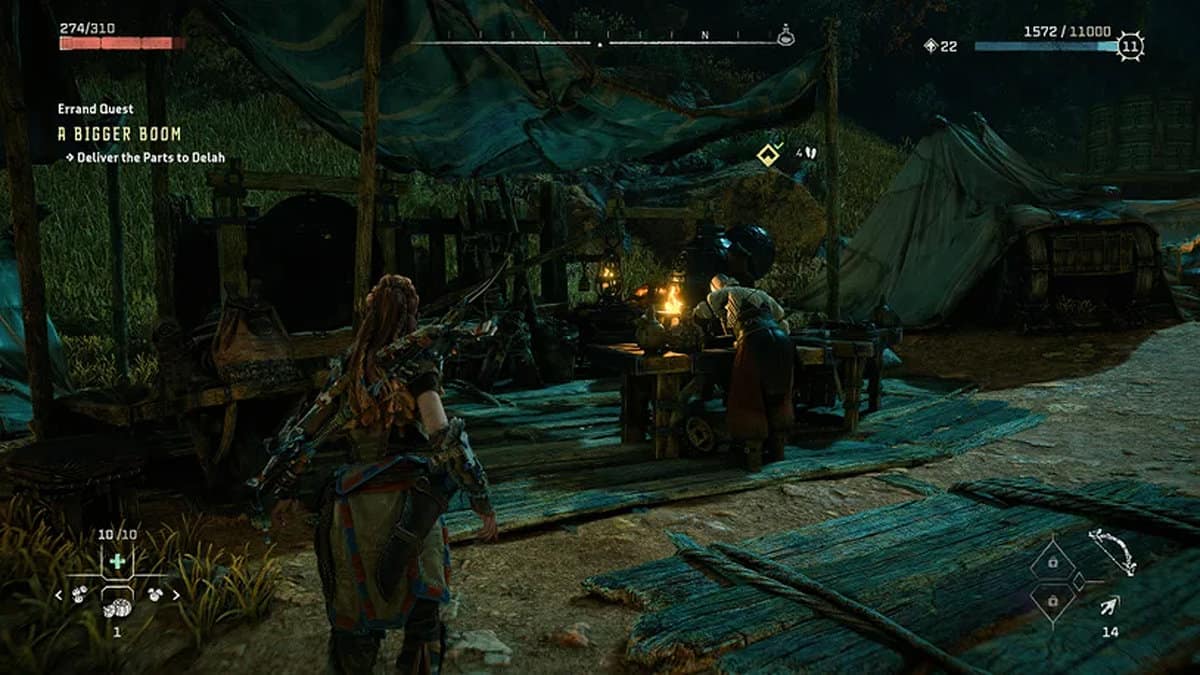 “A Bigger Boom” is one of the first errands you can pick up in Chainscrape which lies north of the Daunt, the starting area of Aloy in Horizon Forbidden West.

Make sure to complete this errand early on because it rewards you with a new weapon that will prove mighty useful throughout the early game.

The following walkthrough will make sure that you complete A Bigger Boom errand with ease in Horizon Forbidden West.

How To Unlock A Bigger Boom

To get the errand, you need to head to the southwest exit of Chainscrape. You’ll pass by two sisters: Delah and Boomer, who seem to be in need of some materials.

Ask them what they’re looking for. Delah tells her sister requires some materials to craft a new weapon. You can offer your service to bring them the required material and the errand will be assigned.

The materials she requires are:

How To Complete A Bigger Boom

After the quest has been assigned, the locations for Charger Horn and Fanghorn will be shown on the map.

To get a Horn from Charger machine, you need to get to the site marked on the map that lies close to the Chainscrape. The Charger machines are comparatively weak machines but they still have a bucking attack that can deal sufficient damage if you’re too close to it. Keep your target on its horn with non-elemental ammo and this is the best you can do to get the desired components.

To get to the Fanghorn that is specific to this quest, head east from the Charger site. These special Fanghorn have a stronger Fire attack.

After getting the required components for the weapon, get back to the sisters and give them the materials.

Once you provide them with the materials, they will craft a Spike Thrower and give it to Aloy to thank her for her services.