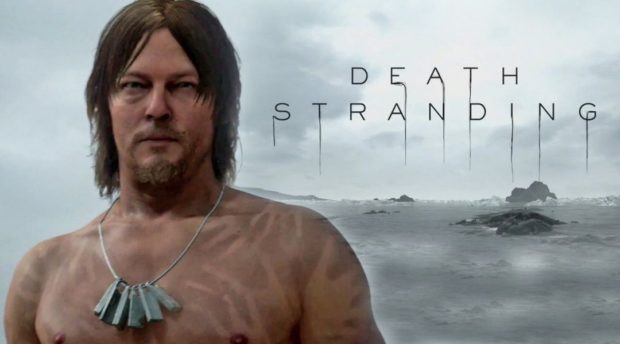 A Polish video game magazine has leaked photos of what appears to be an upcoming Hideo Kojima game called “Overdose” online through private Discord servers. The story broke to the wider world through Insider Game’s Tom Henderson. The screenshots are from a teaser that stars Margaret Qualley, but we don’t really know anything else besides that.

Margaret Qualley is a veteran actress for Kojima at this point, due to her roles as the characters Mama and Lockne in his previous game, Death Stranding. Exactly what the deal is with the character she’ll apparently be playing in Overdose, however, remains to be seen.

The teaser, from what we know of it, mainly focuses around her walking through dark corridors with nothing but a flashlight, which could mean that this may be some sort of survival horror game. Kojima had previously been working with Guillermo del Toro and Junji Ito before he was unceremoniously fired from Konami.

We also have no idea when this teaser trailer for Overdose will actually be broadcast to the world, though it’s possible that it’s intended for the Game Awards in a similar fashion to how Death Stranding put out multiple trailers over a period of several years at various big gaming shows.

We likely won’t get an actual explanation about the game when the teaser comes out, either. It took years for us to get an actual story trailer for Death Stranding, and even then the trailer was just as incomprehensible and full of symbolism as the other teasers before it.

Overdose will likely be something similar, but either way we can likely expect the game to be full of surprisingly predictive metaphors and allegories whenever it does come out. For now, all we can do is wait and see when the trailer comes out. Either way, considering how Hideo Kojima games normally are, Overdose will probably be quite memorable in some way.