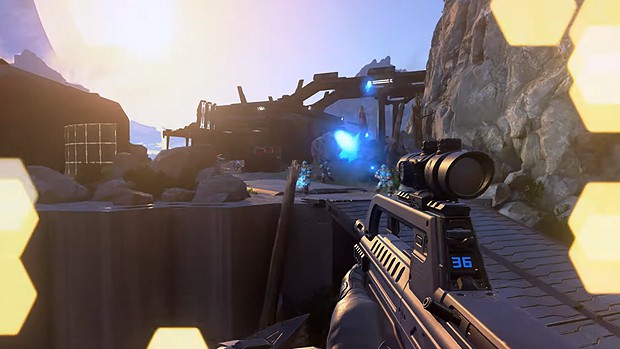 Halo Infinite will be expanding its armory of weapons by giving players new offensive options that have never been previously introduced in the franchise.

While answering fan-sent questions in a new Ask343 episode on the weekend, developer 343 Industries confirmed that Halo Infinite will feature at least one completely new weapon. While not clarified, it does appear that the developer will be coming around to reveal the never-before-seen weapon somewhere down the road. It also goes without saying that the weapon in question will be usable in both the single-player and multiplayer.

Halo Infinite will naturally be carrying forth many of the most popular weapons that have made appearances in past installments. Unfortunately though, some weapons had to be scrapped. 343 Industries confirmed earlier in the month that the classic shotgun will not be making its way into the game, at least not in its classic form. According to lead weapons designer David Price, the Bulldog shotgun will be “lower on the lethality scale of weapons” but will balance out by firing more rounds per minute and having faster reloads.

Halo Infinite was originally penned down as a launch title of Xbox Series X and Xbox Series S last November. The game had to be delayed after a gameplay reveal had players criticizing the visuals and sorted gameplay elements. 343 Industries has since then made a public commitment to properly optimize the game with new enhancements for all platforms.

Halo Infinite will now be releasing this fall for Xbox Series X, Xbox Series S, Xbox One, and PC. The new installment sees the return of Master Chief in “his greatest adventure yet to save humanity” as far as the official blurb goes. 343 Industries has further noted that the new storyline will be “much more human” with Master Chief having a central role compared to his involvement in the previous Halo 5: Guardians.