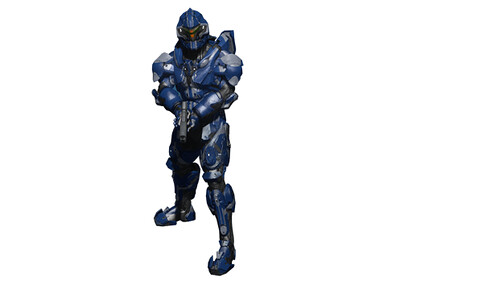 Spartan optimization for deep, unconventional deployment within unknown enemy territory and with little to no assistance from the command, Pathfinder can hold its own against tough odds. Read these Halo 4 Pathfinder Loadouts Tips to truly standout.

The Gunner armor mod decreases the time of weapon overheat when occupying a vehicle weapon position and increases Spartan speed while carrying a detached turret.

…and here comes the cavalry. Like in your conventional Hollywood war movies the cavalry joins up at the last minute to turn the tides of a battle. The Gunner armor mod allows players manning mounted turrets of vehicles to fire without the fear of the guns overheating.

Note that the guns will indeed overheat in time, but they take a good considerable time to do so. Basically, you’ll clean house until the gun barrels go red.

The perk also allows players to move faster while carrying a detached turret. You still won’t be able to sprint, or use armor abilities while carrying, but the extra boost speed will have you relocate quicker to put down some serious fire power.

For more help on Halo 4, read our Stalker, Rogue and Tracker Loadouts.

A pretty standard setup for Pathfinders. The shielding tactical perk will grant you more life, so to speak, while you’re driving around in a vehicle. Along with the Gunner perk, you’re either going to become a high-priority target for the enemy team, or they will just run at the sight of your warthog coming with weapons armed.

Don’t forget to share your own loadouts with us in the comments below. Share your strategies and tell us why you opted for that specific loadout for the Halo 4 multiplayer while playing as a Pathfinder.