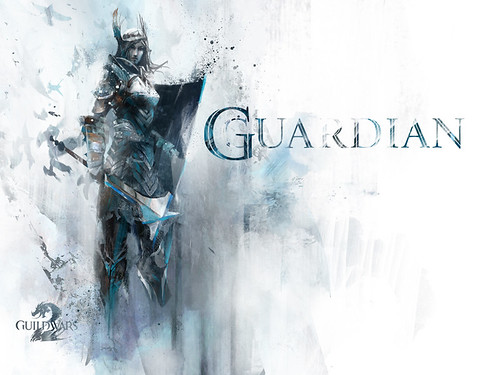 Like many other MMO RPG games, Guild Wars 2 also features variety of Professions you can master. Each profession will have different traits, skills, armor and the weapons.

Each profession is specialized for a particular field of task like the engineer, warrior etc. So let’s discuss their features briefly so that you can choose the profession that suits your unique game style.

Guardians are made to protect their allies. Their friend’s enemy is their enemy.

Abilities
A guardian can use three virtues, each with a particular benefit. “Virtue of Courage” gives the ability to block the attack. “Virtue of Justice” can burn enemies and “Virtue of Resolve” can replenish health. The benefit of these virtues can also be extended to the nearby allies.

Special skill types
Aegis – Guardians are adept in the use of Aegis, a removable boon that blocks the next attack.

Chains – Three skills are executed in sequence on the same target.

Spirit Weapons – The guardian can summon spirit weapons to attack enemies for a limited time. Enemies can’t attack these weapons so can be used to inflict some serious damage.

Symbols – Just like the alchemy circles, guardians can use some symbols against their foes.

Wards – Like a magical spell, they can mark an area where only allies can pass while the enemies cannot.

Weapons
They can have both the melee or the magical weapons
Main Hand: Mace, Scepter, Sword
Off Hand: Focus, Shield, Torch
Two-Handed: Greatsword, Hammer, Staff

Warriors love to fight. They are good at each basic element required in the battlefield i.e speed, armor, strength and resistant armor. 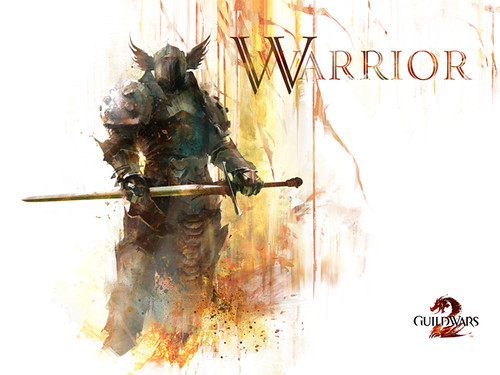 Abilities
The warrior’s role is largely defined by the weapon they wield in their main hand. Each weapon type has a particular flavor and type of damage that it inflicts. As the warrior attacks, adrenaline level rises which then can be spent on a single powerful burst attack.

Burst skills – A warrior skill type that will utilize the accumulated adrenaline . Each weapon has one burst skill that improves at three different stages of adrenaline.

Charge Skills – Skills can be charged (held) for more powerful and effective attacks.

Shouts – Shouts are skills that affect a large area and give bonuses to allies or de-buff enemies.

Stances – Energy regeneration is compromised for turning on an enhancement.

They might not be specialized for fighting but their skills can used in the battlefield by other soldiers to destroy enemy ranks. They can design weaponry for the allies, build explosives/mines and use different kind of gadgets etc. 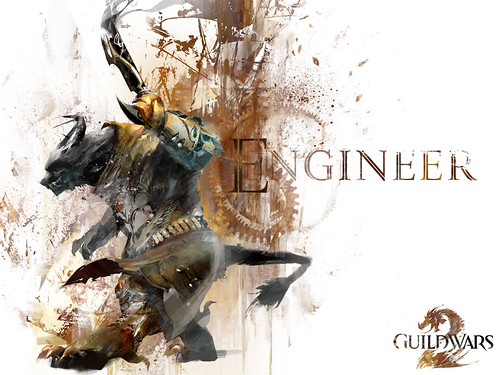 Abilities
The engineer’s tool belt is a very useful ability as it can enhance the properties of certain weapons or gadgets e.g the tool belt can add a self-destruct skill to turrets or a detonation option to all mines or with the med kit, it adds a self-healing skill etc.

Special skill types
Weapon kits – These can replace the current equipped weapon. Two weapon kits are available, the Flamethrower and the Elixir Gun.

Backpack kits – The currently equipped weapon can be replaced with some more specialized skills. Five different kits are available for this purpose.

Turrets – They can use the mobile devices to defend a particular area. Since the turrets are mobile, they can be packed and moved to other places depending upon the requirement.

Rangers can call in their animal friends to fight against their foes in the battlefield. 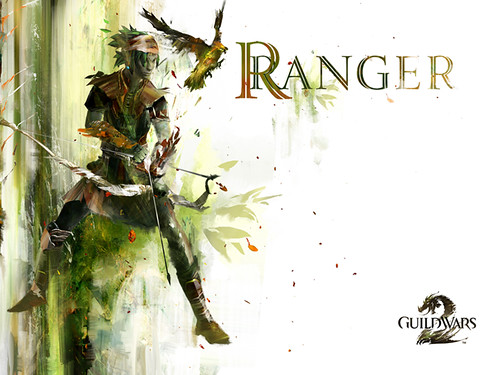 Abilities
Rangers can carry multiple animals but only one animal will fight at a time. They can switch between these animals.Both the rangers and their companions can be used for stealth attacks.

Companion’s general level may be same as the owner’s but the evolutionary level varies depending upon the experience. A friendly interface helps players to direct commands to ranger’s companions.

Spirit skills – Different nature spirits can be summoned which have specific area of effect.

Traps – It’s self explanatory i believe. Utility skills can be used to setup traps.

Hiding in the shadows, thieves wait for the right time to grab the opportunity. They can be lethal with their sudden attacks from the shadows. 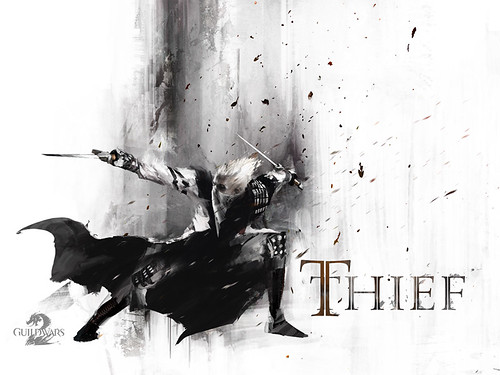 Abilities
Stealing is something that define this profession. Stealth and stalking are two other abilities that use the advantage of darkness. There are no weapons skills cool downs so the initial attacks should register the kill or there will be a long wait.

Special skill types
Shadow Stepping – Shadows help thieves to travel quickly from one point to another without being noticed.

Stealth – Although thieves usually are save in the shadows but they can receive damage in the darkness which also make them visible just like the cloak effect in Crysis.

Traps – Thieves is a basic skill of a thief. It can be used to ambush enemies.

According to an ancient view, Earth is composed of 4 elements namely Earth, Water, Fire and Air. This profession can manipulate these elements. 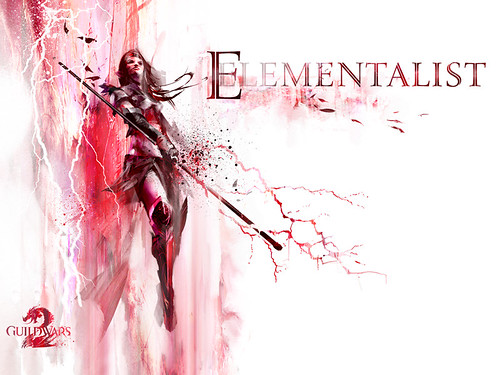 Abilities
The elementalist has the unique ability to use all 4 elements. These elements can be used for both defense and offense. For example the earth elementalist will use ground to defend the allies while the fire element can inflict a lot of damage.

Special Skills
Area spells – These spells affect enemies in the radius of effectiveness.

Conjure spells – These spells can be used to summon useful items and weapons which can be used by both themselves and the allies.

Glyphs – These spells tend to improve the natural powers of the character.

Signets – Although Signets are advantageous passively, these can be activated for a pronounce change.

Necromancer have the ability to resurrect the dead. They caste spells that are life fed. They use the dead as their feed and the life force ability keeps these creatures going. 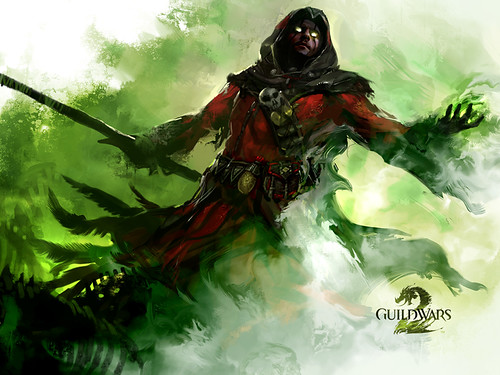 Abilities
The ability of being transformed into Death Shroud and use of set ability combos make up the gameplay component of this profession. They enjoy more health and do have the healing abilities. Necromancers can also summon minions to serve as fighters or distractions.

Special skills
Fear – It literally makes an enemy to move away for a short period atleast.

Minions – They can summon minions which can prove handy in the battlefield against the stronger foes.

Wells – This skill allows necromancer to control a particular area for a certain advantage like the “Well of Blood” can cause regeneration to allies.

So, which profession are you going to choose come Guild Wars 2?