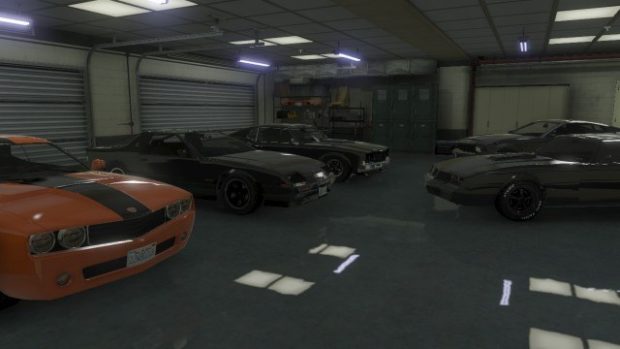 Like all the previous games in the franchise, GTA 5 has a ton of vehicles that players can acquire, however, players need to store their favorite vehicles in order to save them and this GTA 5 Vehicle Garages Guide will help you with all the garage locations for all the vehicles in GTA 5 online.

We, as humans, tend to sometimes form attachments with inanimate objects. For most of us, these inanimate objects are called cars, but a select few sometimes form these magical bonds with helicopters, airplanes and even tanks and this GTA 5 Vehicle Garages Guide will help you step-by-step on all the garage locations in GTA 5 online and how to store vehicles in the game.

This form of attachment happens quite frequently in GTA 5, and we’re left with an immense desire to preserve this vehicle so that when we leave it for a few minutes to go kill some Balla gang members beefing over turf or hillbillies out to take your meth, they don’t disappear.

As a result, Rockstar has provided each of the characters with some storage areas such as Garages, Helipads, and Hangars that can preserve that Comet you’ve had with you for five missions running or that tank you managed to get away from the army within your last 5-star rampage and here we will discuss all the garage locations and how to store your vehicle in order to preserve it.

By default, all the characters have certain safe-houses, and there is a garage attached to each of them. Michael starts with one, and both Trevor and Franklin have two each, however, these garages can’t store many vehicles and players are left with only one choice that is to buy more garages. You can purchase new garages and safe-houses at any time if you have the required money by buying property.

This GTA 5 Vehicle Garages Guide will help detail all there is or players to know about how to store vehicles in GTA 5 online.

Boats are little different though, to store a boat you need to do so at a Marina Slip. None of the characters actually have a Marina Slip by default, so you’re going to have to buy one for each of them at Puerto Del Sol for $75,000 each.

Each of the three main characters will have their own library of boats at the slip.

Helipads function much the same way. To preserve a helicopter, you need to land it on a helipad that you own and leave it there for a short while. After a while, the helicopter will be saved to that characters helipad and will be shown in the library.

By default, only Trevor owns a helipad at his Sandy Shores hangar. Both Michael and Franklin can purchase helipads at Vespucci for $419,850 each.

Finally, we have Hangars, which are used to store both Airplanes and Tanks. To save an airplane, you need to land it at the runway of your hangar and taxi into the building. The airplane will then be saved to that hangar and you can use it anytime.

By default, Trevor has a hangar in Sandy Shores. Both Michael and Franklin can purchase hangars at the Los Santos International Airport for $1,378,000 each.

That is all or our GTA 5 Vehicle Garages Guide with tips on how to store your vehicles and garage locations in GTA5 online.