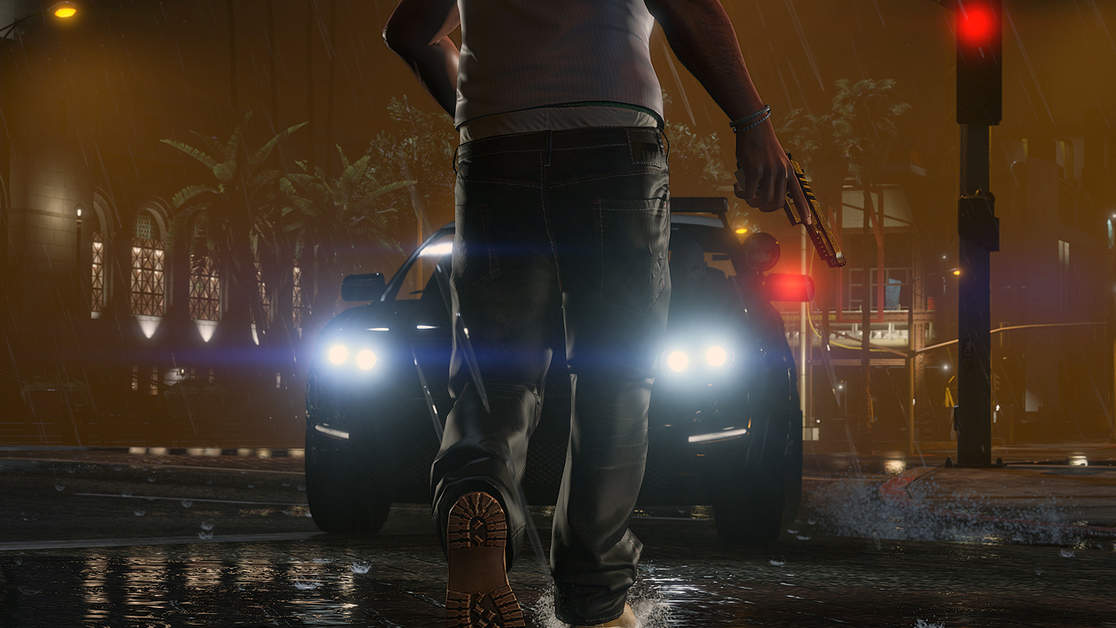 Sony Interactive Entertainment has highlighted some of the next-generation enhancements that GTA 5 will be boasting on PlayStation 5.

According to an updated listing from earlier today, GTA 5 will feature “a range of technical upgrades and enhancements for new and returning players” on PS5. Rockstar Games will firstly be using the better hardware specifications to increase the supported resolution to presumably 4K while also increasing the draw distance to allow players to see further into the horizon.

Other next-generation enhancements mentioned by Sony include additional wildlife, denser traffic, improved damage and weather effects, and better foliage. The listing also mentioned new weapons, new vehicles, and new activities, which may as well be for GTA Online.

GTA 5 will feature even more enhancements on PS5. What the updated listing missed out was enhanced facial animations and lightning-fast loading times due to the custom solid-state drive. The game should also be able to run at 60 frames per second except that the higher 4K resolution might be problematic.

Some next-generation games like Demon’s Souls will be released with quality and performance modes where the former gives better visuals and the latter better frame-rates. Rockstar Games has not confirmed any such modes at the time of writing. At the very least, players will still be enjoying a stunning world of Los Santos and Blaine County in 30 frames per second at 4K on PS5.

GTA 5 will be releasing alongside a standalone GTA Online version in the second half of 2021 for PS5. The news was actually disappointing because many fans were expecting Rockstar Games to officially announce GTA 6, which reportedly remains in active development for a potential release in the coming years.

Rockstar Games though looks to be offering a smooth transition of all players from PS4 to PS5 before releasing any next-generation sequel. That may be the reason the aforementioned standalone GTA Online will be free on PS5 for the first three months. The developer is expected to share more details about the enhanced PS5 in the coming months.