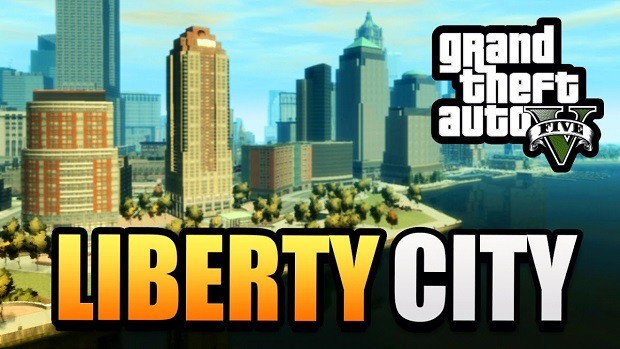 Grand Theft Auto mod group, is working on a massive project called GTA 5 Liberty City, this will combine Liberty City with San Andreas, this mod has been under development for almost 3 years, and its beta test is scheduled for spring of 2017.

This mod won’t include the file for the game itself, so if you wish to download this mod upon its release make sure you have bought GTA 4 or its episodes, this mod will only convert the map from the original game.

Grand Theft Auto mod group, in the past has ported GTA3 into Vice City and San Andreas into GTA 4, However, GTA 5 Liberty City will be the first project of its calibre.

However, that is not the only project they are working on.

There is another team, that is working on porting Red Dead Redemption into GTA 5, and OpenIV has laid the ground work for the project.

Grand Theft Auto was released four years ago, and many modders were working on its mods prior to its release, it is good to see that the community works so hard for their favourite game and is keeping it fresh even till this day.

GTA 4 was not a very great game, since we had explored Liberty City as Claude before, So it fell a bit short, but now connecting it with GTA5 San Andreas, will bring even more opportunities.

Liberty City is old and gloomy, whereas, San Andreas is noisy and lively. Now we can have the better of both, and expand further than the base games ever could.

GTA 5 is currently available on PC, PlayStation 3, PlayStation 4, Xbox One and Xbox 360. However, the GTA 5 Liberty City beta will be exclusive to PC.