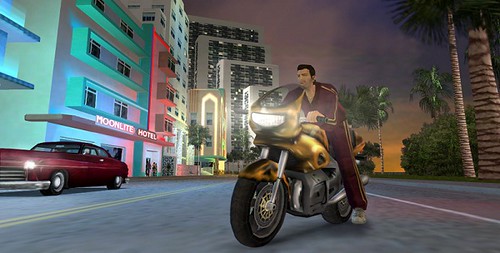 When Grand Theft Auto 3 was released on iOS, I knew that it wouldn’t be the last of the classic GTA games ported to Apple’s OS, as Grand Theft Auto: Vice City is coming out December 6th for the iPad and iPhone.

Rockstar has released a new trailer for the iOS version, though it’s showing its age a bit. Cut it some slack, though, the game was initially released 10 years ago! Check out the anniversary trailer below, and get it on your iPhone and iPad December 6th.