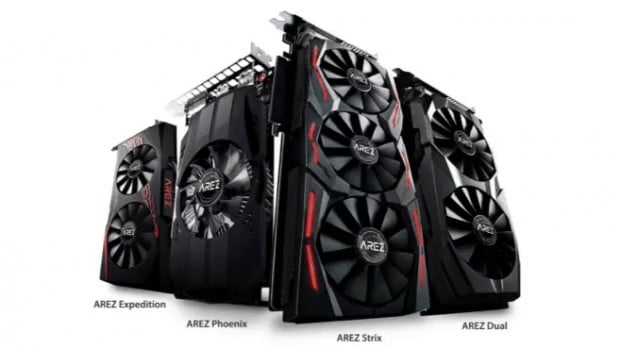 Nvidia tried to introduce Geforce Partner Program(GPP) earlier this year which was met with heavy criticism from consumers and AMD. However, Nvidia was forced to abandon the GPP due to the criticism received but the GPP has left behind one gift for consumers as they now have to pay almost $160 more for AREZ Strix branding.

For those who don’t know, the Geforce Partner Program(GPP) required for the AIB partners to make their particular brand Nvidia exclusive.

The ASUS ROG Strix was made Nvidia GPU exclusive brand as a result of GPP and ASUS came up with AREZ Strix brand for AMD GPUs.

With Nvidia now abandoning the GPP program due to severe backlash things should have been gotten back to normal but it was too late for AREZ Strix brand.

Speaking of GPUs, both AMD and Nvidia are yet to reveal their next-gen GPUs. However, rumors and leaks have suggested that next-gen Nvidia GPUs are just around the corner.

Aside from bringing next-gen GPUs, Nvidia will be pushing its next-gen Nvidia GTX 1180 even further with AI rendered realistic Hairworks model along with Nvidia RTX.

Realistic hair modeling is one of the most difficult tasks when digitizing virtual humans. In contrast to objects that are easily parameterisable, like the human face, hair spans a wide range of shape variations and can be highly complex due to its volumetric structure and level of deformability in each strand.

Legion Y530 Gaming is already available in GTX 1050 and GTX 1050 Ti variants but LaptopMedia has confirmed that a new variant of the laptop will be available in the market this fall with next-gen GTX 1160.

What do you make of this? Should ASUS bring AMD GPUs back to ROG Strix band? Let us know your thoughts in the comments below.