How To Craft Mods In Gotham Knights: Fusion Tips, Recipes 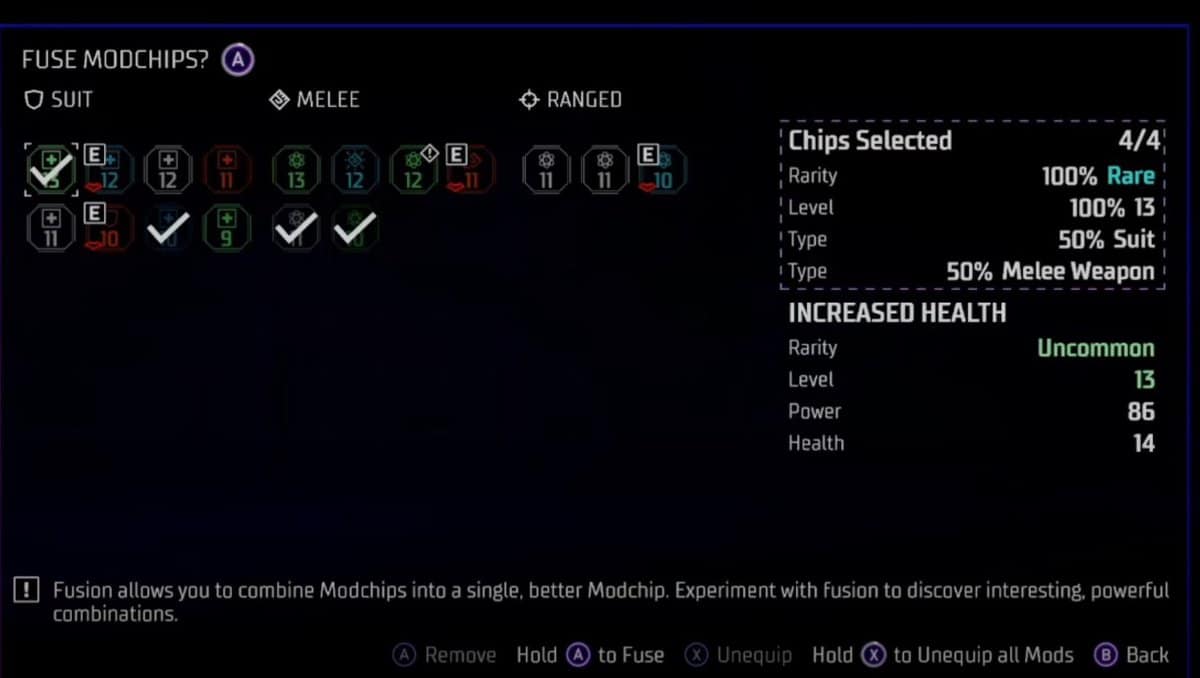 In Gotham Knights, mods can be combined by players for a potent outcome. This is basically fusing mods to craft a new mod and players will be able to maximize their character as a result. Fusing a mod in Gotham Knights enhances a player’s skills and repertoire of special techniques.

Since the entire game is built around it, players should construct the ideal mod to meet their preferred playing style. The adversaries get tougher as the game goes on, and if you don’t have a perfect mode, you won’t be able to handle them.

In Gotham Knights, you will be able to acquire rarer mods as you explore and complete missions. Once you have four of these mods, you can fuse them for a stronger impact. This guide will explain to players how they can fuse modchips in Gotham Knights. Let’s get started.

How to fuse mods in Gotham Knights

Before players can start crafting and fusing modchips, they need to unlock the crafting system. Once crafting has been unlocked, the workbench in the Belfry will allow players to craft modchips in Gotham Knights.

Given that you can mix them using the equip tab on the Batcomputer screen, building mods in Gotham Knights is quite simple to understand. You only need a modest collection of mods, which you can get by completing missions to obtain a mod that corresponds to your current level.

All mod comes in one of the following six different rarities:

How to craft Legendary Mods in Gotham Knights

Now that you have known all the mods until the Epic Tier, you must be wondering where you will get the Legendary Mods. You can get the legendary mods after doing all the Contact Missions.

These missions are not easy to do, and you must level up before trying them. You need to wait until you have reached the end of Gotham Knights before expecting Legendary Mods.