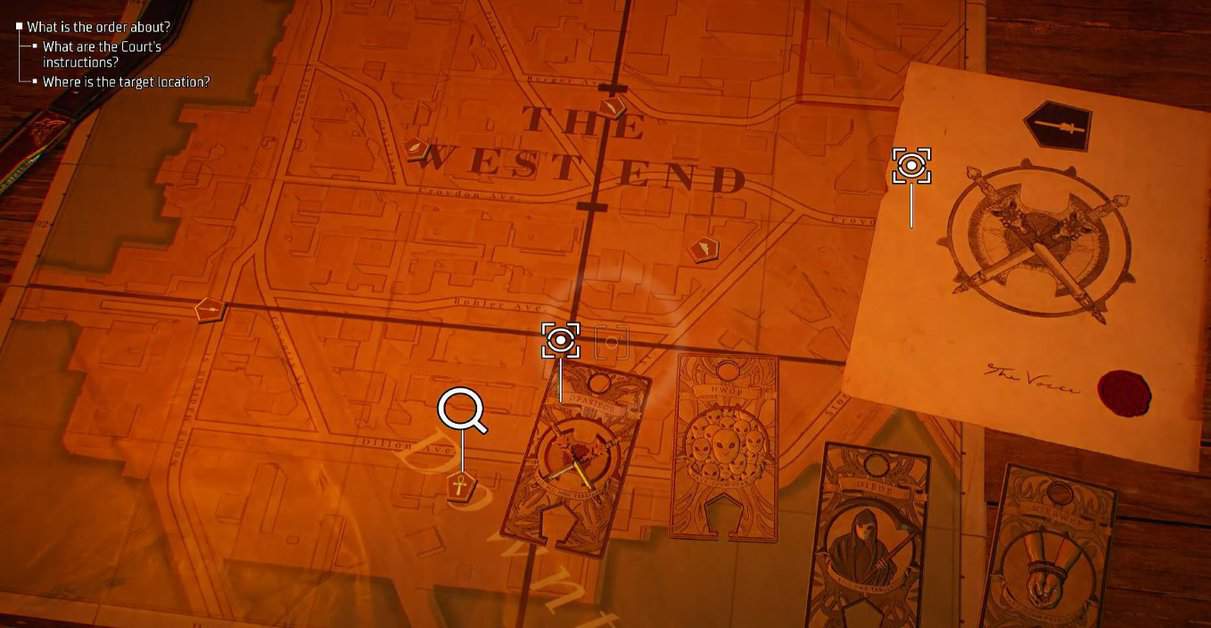 Case 3.1 of Gotham Knights has players infiltrating the Owl’s Nest, the base of the Court of Owls. Within this hideout, you will have to scan for clues that can help them solve the map puzzle of Gotham Knights.

If you are unclear about which clues to look out for, allow us to guide the investigation and solve the Gotham Knights map puzzle.

First of all, players need to enter the enter Owl’s Nest Hideout Stand.

This will look like a court hideout and there will be no one inside it. After entering look for any information around.

A letter box can be seen on one side. Scan not only the object but also the image that’s on the box.

The image will have a picture of Alexander Moreno and some cryptic order that the Court of Owls issued regarding him.

Next to the letter box, you can see another desk in the image above with a map on it. That’s what you need to interact with next.

There are several cards and locations that players must connect. However,there is only one proper connection. The majority of the game’s puzzles are solved by linking two accurate clues.

A green checkmark will appear next to the selected clues if they are accurate; else, a red line will be displayed.

The brass peg on the map that is farthest to the left and the sword/OFASIEDE card on the leftmost side is the two hints you require.