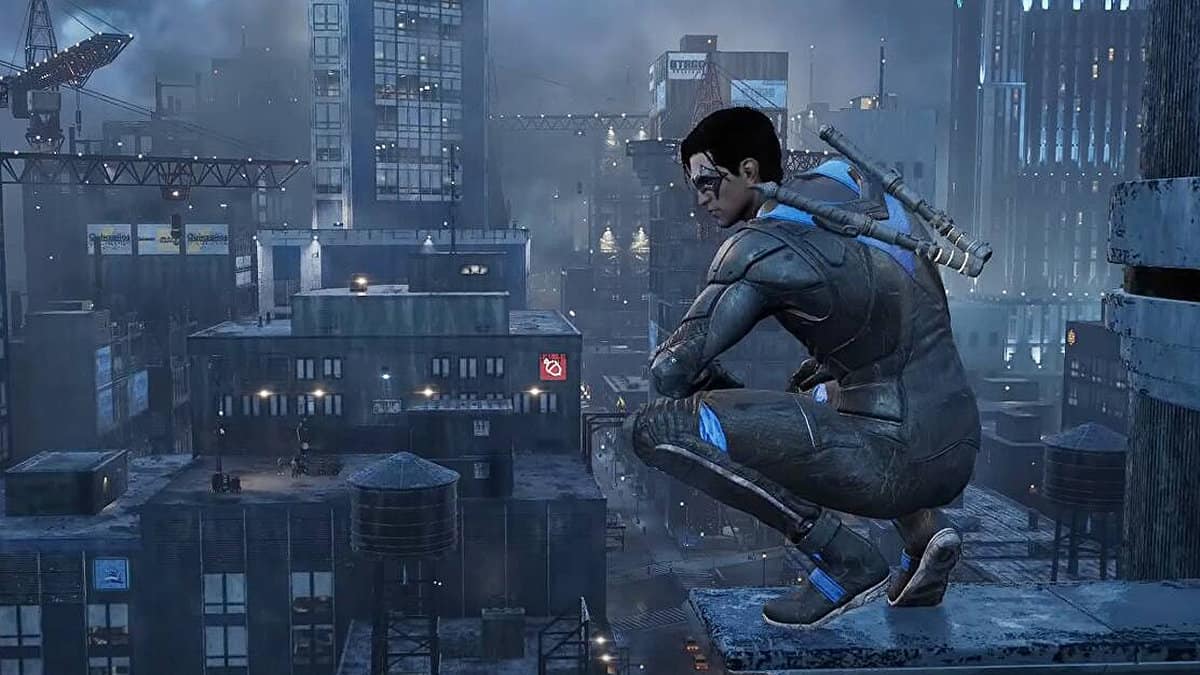 While you will be searching for all of them during your progression, you also have an opportunity to catch some Easter eggs lying in plain sight.

The following guide will tell you about some of the best Easter eggs that you can find in Gotham Knights.

If you go into the kitchen in the Belfry, you will find an apron in the corner, beside the water dispenser, that has the Wonder Woman symbol.

There is a wheelchair on the top floor of the Belfry that probably refers to Barbara Gordon. She was paralyzed by the Joker in the comics, after which she became the Oracle.

The boxes of cereal on top of the fridge in the Belfry are a direct reference to Booster Gold. The object on the box is the same device that he uses. In addition, the name also gives it away: Boosterriific!!!

There is a photograph of Robin with Superboy on the left side of the Batcomputer in the Belfry.

Head over to the workbench in the Belfry to spot a photo of the Flying Graysons. The parents of Dick Grayson (Robin) were murdered by a mob after which he was adopted by Bruce Wayne.

There is another photo to the side featuring an entire circus family. There is also a Flying Graysons poster on a wall on the upper level of the Belfry.

There is an arcade machine on the top level of the Belfry featuring Spy Hunter, an arcade game that was released by Midway Games back in 1983. This arcade machine is completing playable in Gotham Knights.

You can spot a Black Canary poster on the top level of the Belfry as well. The superheroine is common in the Flash comics and is known to have a wonderful singing voice.

You make a full reference to Killer Croc in Gotham Knights at one point. While he is not present in the game, he did leave behind his calling card on the wall. The scratches read “All Hail Killer Croc.”

The ground is also full of human bones, suggesting that he had a feast before heading out.

When you are searching Dr. Kirk Langstrom’s lab in Gotham Knights, catch the poster on the wall that shows the flight cycle of a bat. This is a reference to Langstrom’s transformation into Man-Bat.

The wooden dummy known as Scarface, which the Ventriloquist believes to be his Irish mob boss, can be found inside the GCPD evidence locker.

You can easily spot the mechanical T-Rex from Murray Hart’s theme park, Dinosaur Island, during Batman’s fight with Ra’s al Ghul in the Batcave.

Clark Kent (Superman) has sent a message to Dick Grayson regarding Batman’s death. You can find it in your emails.

Penguin has a number of interesting items on display at his Iceberg Lounge. One of these items is a boomerang that is presumably a reference to Captain Boomerang, the large-mouth villain who has made multiple appearances in the Flash and Batman comics.

Moreover, you can also spot the hat belonging to the Clock King, another villain from the Batman universe.

While searching Kane’s private elevator, you can spot the Twin Blades of Tatsu Yamashiro. She is also known as the Katana who has made appearances in the Justice League, Birds of Prey, and Suicide Squad comics, among many others.