How To Defeat Basher & Blazer In Gotham Knights 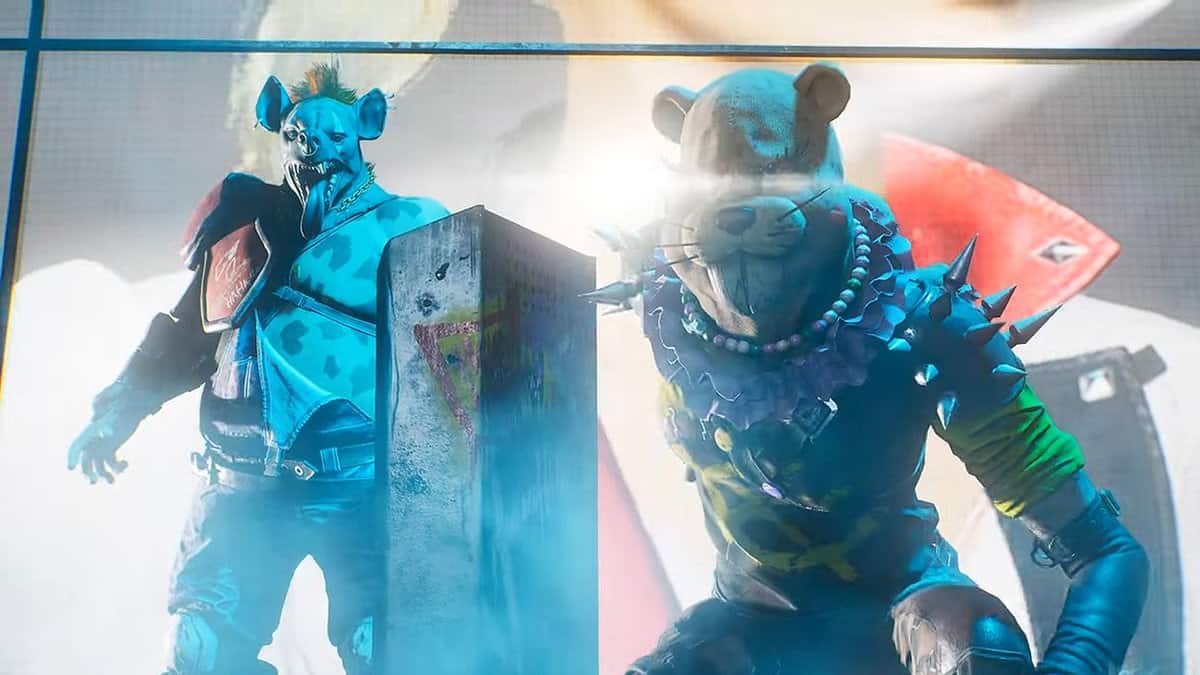 Basher & Blazer are one of the many mini-bosses that you will be facing in Gotham Knights.

They are two thugs who work for Harley Quinn. One uses a shield to tank damage and the other likes to lob Molotov cocktails. Despite being one of the starting mini-bosses of Harley Quinn’s Villain Case, they are surprisingly tedious to beat.

In this guide, we will cover everything you need to know about the Basher & Blazer fight in Gotham Knights.

How to beat Basher and Blazer

The required level for this fight is 10 to 13. Basher is slow and tanky while Blazer has relatively less health. Therefore, when you fight them both at once, target Blazer. Try shield-breaking Basher to chip away at his health.

This mini-boss fight has 3 phases.

In the first Phase, you will only fight Basher. Following are some tips to make this fight easy.

Keep dodging and Shield-breaking Basher
This will slowly but surely chip away at his health. To break his shield, you need to hit him with your heavy attacks.

Ignore the minions
Focus on Basher throughout this phase. These normal minions in this fight are rather timid and won’t get in your way much. You can clear them out first if you want but it won’t make a difference.

That being said, do consider dealing with the freak first and foremost who spawns at the beginning of the boss fight.

In the second phase, you will only be fighting Blazer.

Stay clear of Blazer’s Molotov cocktails
Throughout this fight, he will toss fire bottles at you. Keep your eye on the crosshairs that appear on the ground. Only dodge once the crosshair turns into a circle.

Keep interrupting Blazer’s animations
If you keep pressuring him with a relentless barrage of attacks, this fight will be a piece of cake as Blazer’s attacks are much easier to interrupt.

This is the third and final phase of this fight in which you will be taking on Basher and Blazer together.

Focus on one boss at a time
Your focus should preferably be Blazer as he has lower health. Basher has much more health and his attacks can’t be interrupted. Hence, leaving Basher alive while you target Blazer is the optimal play.

Kill the freaks
In the last phase, this should be your main priority so you can make space for disarming the bombs. After that, attack Blazer before damaging Basher.

Don’t forget to defuse the bombs
There will be at least two bombs activated at a time. Once you beat the boss, there will be three bombs active, essentially forcing you to deal with them or perish in an explosion.

You will have 30 seconds to disarm each bomb so manage your time accordingly.

Disarm the bomb even if you must take a Molotov Cocktail hit
If you can afford to tank the hit, it’s better to go through with the bomb defuse.

Bashers and Blazer rewards and loot

The following are the rewards you get for beating the Basher and Blazer mini-boss: