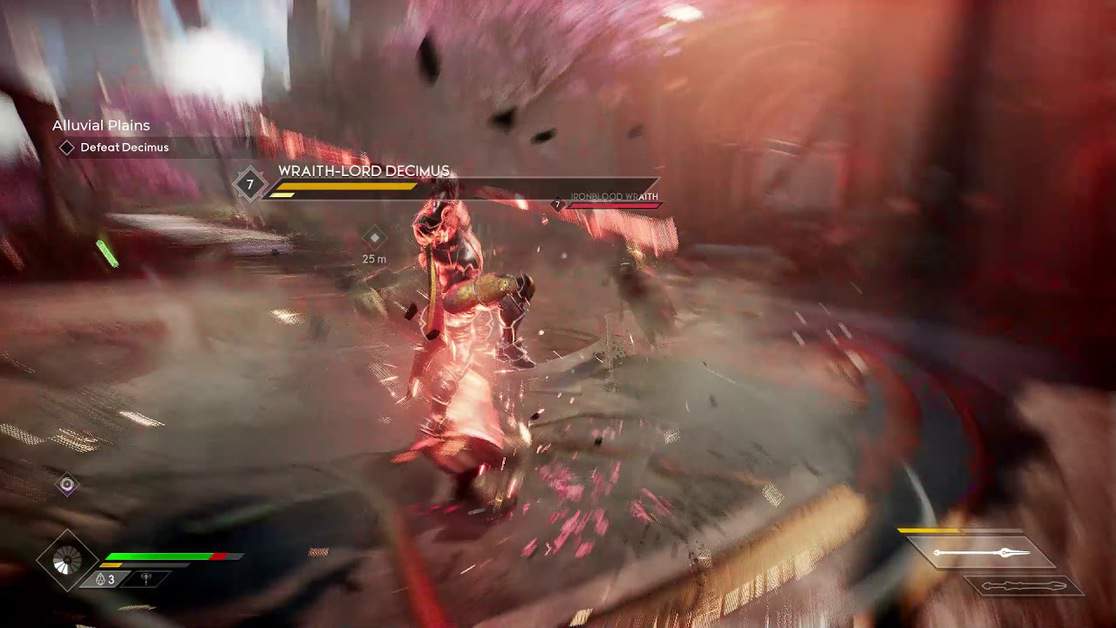 Alluvial Plains is the fourth story mission in Godfall. In this mission, you’re assigned a few objectives to clear, one of which leads you to a boss fight with Decimus. This guide contains all the information needed to defeat Decimus in a Boss fight in Godfall.

Before fighting Decimus, you must complete a few objectives to reach him.

Below we have given a detailed walkthrough of the Alluvial Plains mission along with the boss fight and few pointers on how you can defeat the Boss.

Once you’ve started Alluvial Plains, you’ll be assigned a few tasks to complete.

The first thing you want to do is head over to the Alluvial Plains, make your way through few enemies and head up the stairs into an area filled with Vargul Defenders.

The Defenders include; Two Vargul Rangers and Two Trolloc Fighters.

Defeating them inside a hard task, so clear the area and get ready for your next Objective.

In the same area you defeated the Vargul Defenders, head up to the top and come across a platform where you’ll have to survive Sunflare Orb.

Once you’ve activated it, the timer starts and you’ll have to survive a wave of enemies for exactly 1minute and 30seconds.

If you made it till the end, you’ll receive a chest with loot inside.

Grab the loot and Head over to Alluvial Plains to receive your next objective; Defeat the Vargul Leader.

Now, this is nowhere near a boss fight; however, it is going to take away most of your health since you’ll have to take on the Vargul Tribe along with their leader on your own.

This is the most challenging part of the mission as you’ll have to make your way through a wave of Vargul Shaman, Healer, Sorcerer, Deepstalker, Ranger, Shieldsworn, Enrager, Summoner, Striker, Trolloc Fighter and Trolloc Hunter to finally reach the Decimus boss fight.

Once you receive the objective to Defeat Decimus, get ready to face Wraith-Lord Decimus in a hard-hitting battle.

At this point in the mission, you’ll drop down to about half of your health, which can negatively affect your fight while facing Decimus.

On top of it, you’ll be facing his minions as well. Therefore, the best strategy is to take out the minions first, then focus on the main battle.

Once you’ve taken care of the minions, shift your focus on to the Boss.

The best strategy while facing Decimus is to strike him from the front and run over to his back and strike again while dodging his attacks.

This way, you’ll end up taking half of the Boss’s health in no time. Simply follow this method until you’ve successfully defeated Wraith-Lord Decimus.

Once the battle is over, you’ll receive Retrieve the Valorian cache.