How To Defeat Vanadis In God Of War: Ragnarok 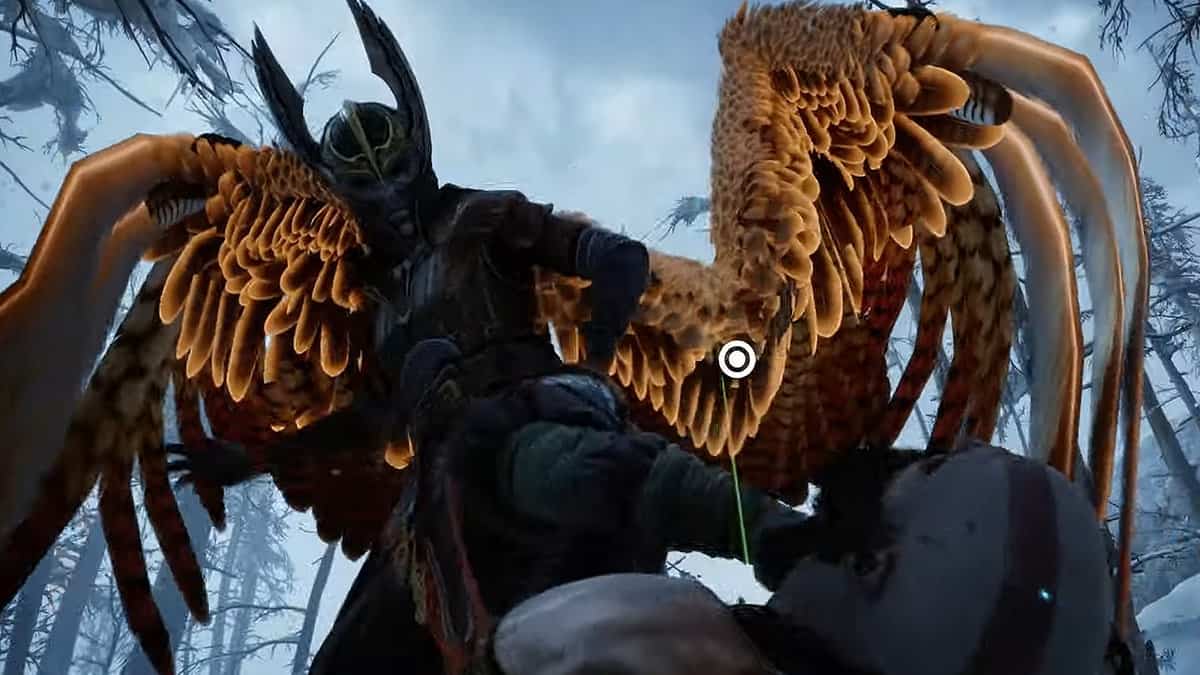 Vanadis, who is Freya from the first game, is one of the main story bosses of God of War: Ragnarok. Her encounter is unmissable because defeating her is the only way to unlock Valor mode, which is a Spartan Rage ability to let Kratos heal and negate incoming attacks.

Vanadis is probably far more difficult to deal with after the earlier Dreki boss fight.

Read on to know what kind of attacks Vanadis does and how you can counter them in God of War: Ragnarok.

You will encounter Vanadis outside Kratos and Atreus’ home in Midgard after defeating the Hel-Reavers in the fifth chapter, The Lost Sanctuary. This will be just before you start The Reckoning, the mainline sixth chapter of the game.

Arrow Shooting Attack
At the very start of the fight, Vanadis will start attacking by shooting arrows at you. These arrows will also have the ability to change trajectory mid-attack.

You can easily block this attack by using the shield. This is the only way as you cannot evade them.

Red Ring Attack
Vanadis will do this following attack after doing the Arrow Shooting Attack. In this attack, she will reveal the Red Ring in front of the body and then smash it on the ground to create Slam Effect.

You cannot block or parry this attack and the only way to not get damaged is to get far back into the battleground. The Ground Slam Effect has not a lot of range and will not do any damage once you are far enough from her.

Fire Arrows Attack
She has an attack in which she will use the Fire Arrows to deal damage. These arrows will come one after another.

You can move from side to side to dodge the arrows as well as use the shield to block them. Another way is to send the arrows back to her by parrying.

You can easily counter this attack by parrying as she will definitely shoot multiple arrows in this attack and the more she shoots, the more damage she will get.

Pool of Poison
This attack of Vanadis will happen in the second phase of the fight in which she will create five pools of poison by creating the poison orbs from the ground.

These poison pools are unblockable and can only be avoided by maintaining a distance from them.

Poison Bolt Attack
During the second phase of the fight, she will deliver the bolts made of the Poison. These poison bolts will come in pairs.

The poison will make you weaker and cannot be dodged or parried therefore the only way is to maintain distance from them.

This attack can only be avoided by dodging as dodging and parrying cannot be done because there is no projectile.

How to beat Vanadis

The fight with Vanadis is divided into three phases and the strategy to beat her will differ in each of the stages.

Vanadis is the most dangerous in close range because most of her attacks that deal a lot of damage fall in that category. Maintain a safe distance from her or keep moving if you are in short range.

As soon as the fight starts, you need to begin the process of building up the Atreos’ Arrows. Once the arrows are at maximum, you need to fire them all at once and at the same time travel toward her.

You will then get a small window in which you can deal Melee Damage to her with the help of Blade of Chaos. While you are in the short range, make sure to also deal stun damage as much as possible.

Whenever she attacks, you will get a small vulnerability time period in which she will be able to defend herself. Therefore, make a countermove as soon as her attack is finished. The same thing will also happen in parrying attacks.

The fight with Vanadis will take a complete turn after the three bars of her health are depleted. Soon after that, she will fly and pick up Kratos and drop him at the other location where the next phase will begin.

Another advantage of this phase is Kratos’ ability to heal health using Valor which was not possible in the first phase.

You can easily block her sword shield by using a heavier attack on her. Sometime within the fight, she will parry back the arrow that you parried on her. You then need to parry the same arrow at her twice to deal plenty of damage.