How To Defeat The Huntress In God Of War: Ragnarok 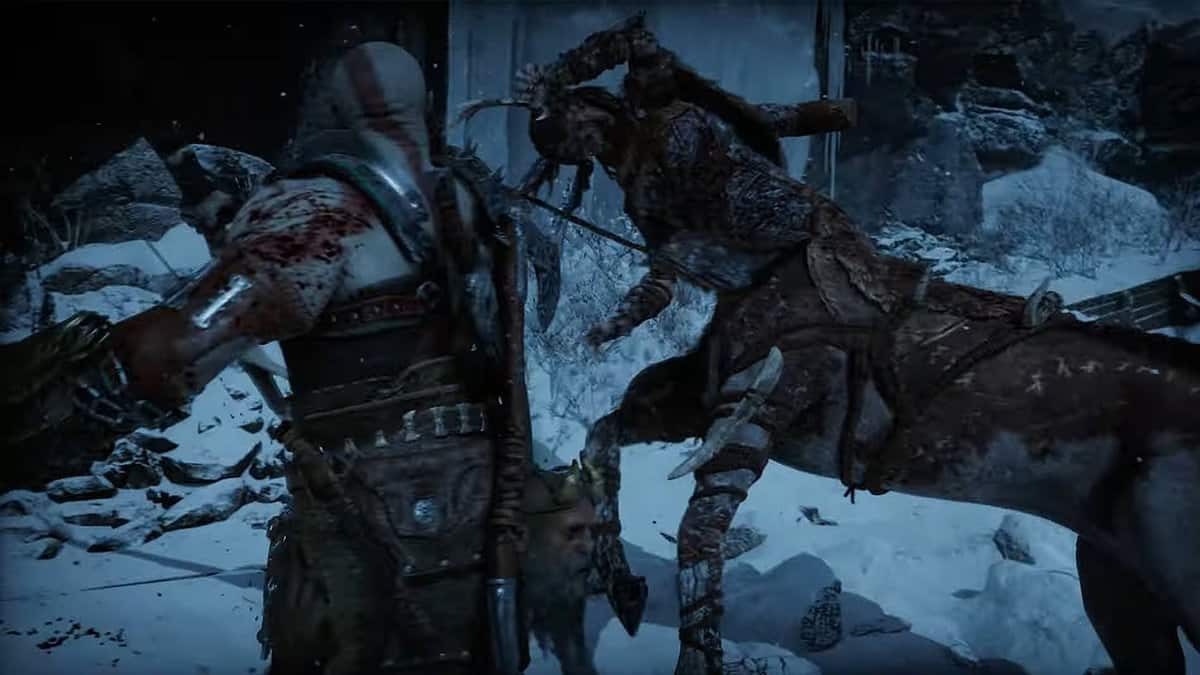 The Huntress is one of the main story bosses that you encounter early on in God of War: Ragnarok.

She is a formidable centaur-like creature that uses a bow for a long-range barrage of attacks as well as a powerful lunge attack.

Take note that during the fight, the Huntress will destroy your shield, so you will not be able to block or parry her attacks. You will have to be nimble on your feet to move out of the way of her attacks.

Something most players need to also know is that you can repair your shield later on.

The following guide will tell you how to beat the Huntress in God of War: Ragnarok.

You will encounter the Huntress in the Lower Wildwoods during the main Surviving Fimbulwinter story quest, the first chapter of the game.

The Huntress will ambush you (Kratos) while following Atreus toward a nearby clearing in the woods.

The Huntress’ attack and moves

The Huntress should not be a difficult fight by all accounts. However, if you are still finding her challenging, make sure to know all of her attacks and moves. This will help you evade damage.

Dual Arrow Shots: The Huntress shoots two arrows toward you. This move is a fast windup, so always be on your toes to avoid it. It can be blocked or parried.

Retreating Triple Arrow Shot: She jumps backward while shooting three arrows. This attack has a yellow ring indicator and cannot be blocked. You can only dodge it.

Stomp: She lunges forward to stomp you. This attack has a yellow indicator as well, so need to move out of the way.

Backward Kick: The Huntress uses her rear legs to kick Kratos. Similar to the previous two moves, this move is unlockable, ut you can evade it.

Arrow Barrage: Four flaming arrows are shot at you. The best way to deal with this move is to roll and sidestep.

Explosive Arrows: The Huntress jumps sideways while shooting an explosive arrow toward you. This move is fairly easy to avoid using the dodge mechanic.

Raining Arrows: The boss shoots arrows in the sky that falls on Kratos after a moment. This attack can be evaded by moving closer to Huntress. However, watch out for the follow-up attack.

How to beat the Huntress

The Huntress is not that difficult of a mini-boss to defeat. You need to only take note of the following strategies to make this a short fight.

During your fight with the Huntress, there will come a point when her horns glow. This will indicate her weak point and you can grab this chance to deal lethal damage to the Huntress.

For that purpose, make use of your Blades of Chaos by tossing them at the Huntress’s glowing horn to stun her. This way you can inflict massive damage on her.

Frost up your Leviathan Axe

Imbuing your axe with the Frost Awaken ability can prove very resourceful when dealing damage to the Huntress.

When you strike her with your Frosted axe, it will in a way freeze her and cause her to slow her movements for a mere time. You can then use this opportunity to not only land damage but also build up the stun meter.

The Huntress uses long-distance to her advantage. She will use her bow for high-damaging attacks if you try to maintain distance. Hence, it is crucial that you minimize the gap by sticking close to her. Slowing her down with your Frost Awaken ability will help in doing that.

Make use of Atreus and his bow

Do not forget about Atreus during the fight. Make use of his bow to keep hitting her for continuous damage. This will give you the opportunity to channel her stun meter.

The Huntress’ rewards and loot