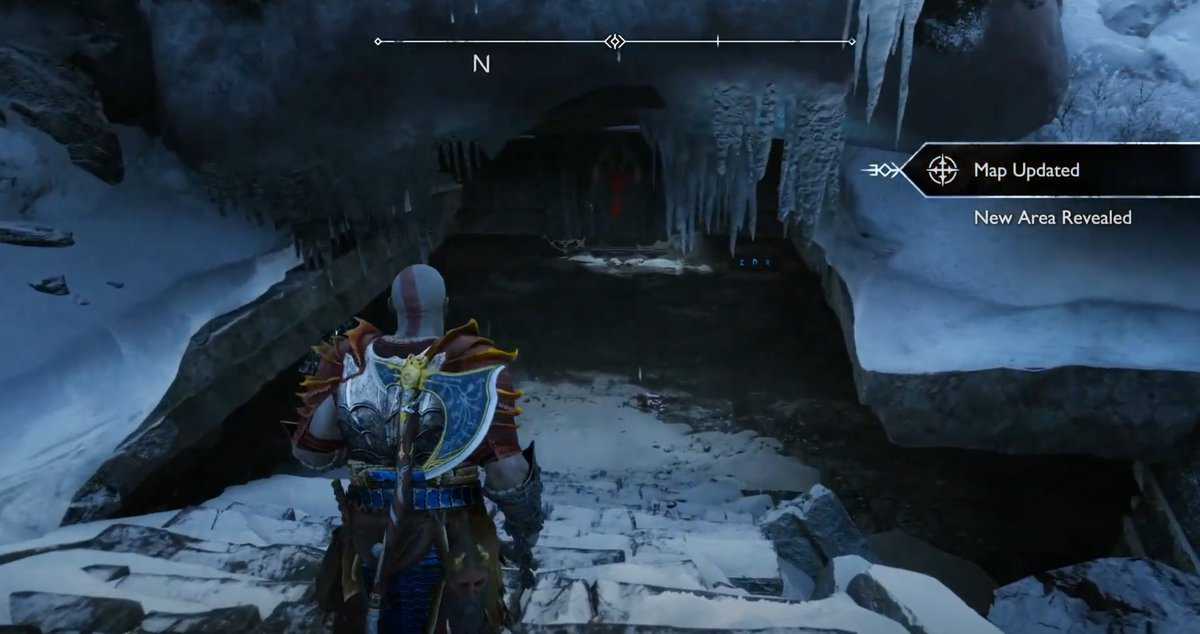 Sigrun’s Curse favor in GoW Ragnarok pops up when Kratos is in Midgard near the Lake of Nine. This side quest requires Kratos and Freya to travel from one location to the other, finding clues and solving puzzles to enter a treasury. This guide will discuss everything in the Sigrun’s Curse side quest in God of War Ragnarok including finding the broken keys, to opening the treasury door.

How to start Sigrun’s Curse in God of War Ragnarok

This quest is automatically activated once the player reaches either the Derelict Outpost, or the Oarsmen. This guide, however, will start with the Derelict Outpost being the starting location. Once Kratos has reached the location, he’ll eventually come across a red crest, upon which Freya will comment saying it belonged to Fjorturlund. Once this dialogue is over, the quest will be triggered.

Finding Clues from Sigrun’s Past

This section of the quest is broken down into two parts, both of which involve Kratos and his companions finding a key that is broken into two pieces. Both these pieces are located in different areas on the map.

After they’re dealt with travel forwards until you come across a doorway that is blocked by icicles. Destroy them, and jump down to your left, where you’ll come across a chain. Pulling this chain will allow you to move the crane downwards, allowing Kratos to change its direction with his Axe.

Once its direction has been changed, move it back upwards and travel over to the other side with the help of your Blades of Chaos. Travel upwards until you come across a doorway, where you’ll find the first half of the key.

The second half of the key is located near the Oarsmen, near the Lake of the Nine. Travel in the opposite direction to the lake until you come across a giant rock with a red sigil painted on it. Kratos can lift this rock which will allow him and his companions to move forwards.

Now you’ll come across some thorned branches, which can be burnt and destroyed using his Blades of Chaos. Once the vines have been destroyed, it’ll allow Kratos to jump to the other side, where he’ll encounter another Fjorturlund marking.

Eventually, you’ll come across a staircase leading downwards, where you’ll encounter some enemies. Once they’ve been dealt with, travel across the area and you’ll come across a Stalker. This enemy is the same as the boss variant that Kratos deals with at the beginning of the game.

Once the Stalker has been dealt with, you’ll notice a chain that you can use to climb up. After climbing up, you’ll have to jump down once again where you’ll notice an unusually large chain. Interact with it, and Kratos will push it backwards, opening a staircase, leading downwards.

In this area, you’ll come across some wisps, and after they’ve been dealt with, explore the area to find the second part of the key.

Once you’ve arrived at the lost treasury, you’ll find a giant shield blocking its entrance. Kratos can use his blades of chaos to move this shield, so move it to the right side first, which will allow you to climb up.

Climb back down and push the shield to the right side and climb up. Here you’ll come across some wisps, and once they’ve been dealt with, travel to the other side where the pillar is located. Push the pillar further out and climb back down.

Move the shield to the left, which will be blocked by the pillar that you’ve pushed out, perfectly aligning it with the door. Now use the wheel to open the gate and freeze the gears on its either side using a runic arrow and your axe, and the other one with just your axe. Before the gears unfreeze, rush inside.

Here you’ll notice a chain right besides the door, which can be used to open it up, allowing Freya to join you inside the treasury.

Inside, you’ll notice the treasury door blocked by vines, which can be burnt and destroyed by your blades of chaos. Now, you can use the Fjorturlund Vault Key to open the door which will allow you to go inside.

Once you’re inside the treasury, you’ll be greeted by an enemy. Once you’ve defeated him, read the lore marker which is located right by the entrance, helping you discover the story of Sigurn, ending the quest.