How To Parry In God Of War: Ragnarok 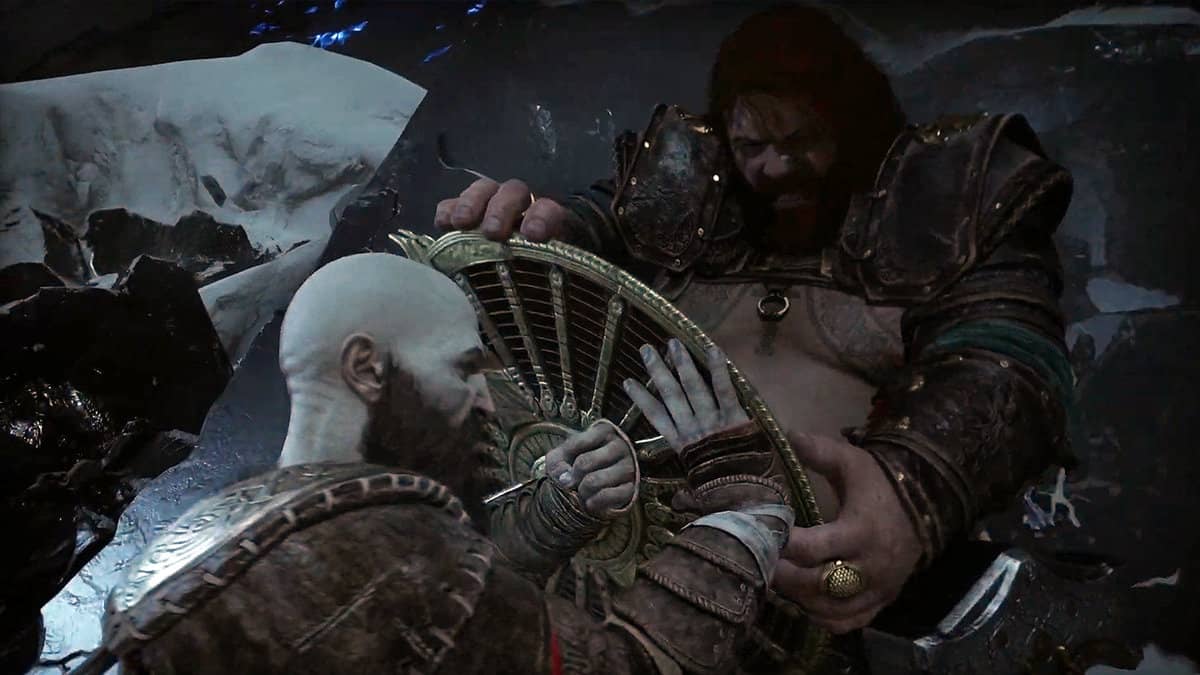 Parrying returns as an integral part of the combat system in God of War: Ragnarok.

Even with all of your weapons, upgrades, and abilities, you will still need to learn how to parry enemy attacks to evade damage.

Some enemies, particularly bosses, do long combo attacks that make it difficult to find an opening. If you know how and when to parry, you can create your own windows of opportunity for counter-attacks.

The following guide will tell you all about the different types of parry, what attacks can be parried, and how to time your parries in God of War: Ragnarok.

You can parry by tapping L1 twice on your controller. That will see Kratos doing a Shield Bash to interrupt an enemy from completing his attack. They will also be staggered for a brief while, allowing you to land in a few attacks of your own before they recover.

There are two types of parry in God of War: Ragnarok which depends on how well you time your parries.

Standard Parry
You have a chance of staggering enemies. For the standard or normal parry, you only need to make sure that your parry is done within the allotted frame. Your timing does not need to be perfect.

Perfect Parry
You are guaranteed to stagger enemies. To do a perfect parry, you need to parry at the very last second of an enemy attack. You will know that you just landed a perfect parry when your Shield Bash gets a special visual and sound effect.

Parries are not only about staggering enemies. There are a number of items in the game that only proc when you parry an enemy attack. However, these parries need to be perfect.

What attacks can be parried in God of War: Ragnarok?

Not all enemy attacks can be parried in God of War: Ragnarok. Some attacks are unblockable and you need to dodge them by rolling out of the way.

Basic Attacks
Any basic attack can be parried as well as blocked. Basic attacks are also the easiest to get perfect parries. Make use of them to take out enemies early on.

Yellow Ring Attacks
When enemies perform a strong attack, you will see a yellow ring indicator on them. These kinds of attacks can be blocked but they will break your guard and leave you stunned.

It is best that you parry yellow-ring strong attacks or evade them entirely. Do note that not all strong attacks are the same. Some mini-bosses, for example, have a shorter timing window for you to successfully land a parry. It all depends on the enemy type.

These are heavy attacks that give a red ring indicator. They normally have a long winding animation and do a ton of damage. You cannot block or parry red-ring attacks. You can only dodge them.

Blue Ring Attacks
These are special attacks that are also unblockable and cannot be parried. You can, however, interrupt them using your Shield Bash. Unlike other attacks, landing a successful Shield Bash for blue ring attacks will interrupt nearby enemies as well.

How to time your parries in God of War: Ragnarok?

Parrying any attack is straightforward if you can recognize that attack’s windup animation. It is helpful to categorize the types of attacks you come across to have a general idea of how to parry them.

Most range attacks are very easy to parry, you just need to double-tap the block button right before the projectile is about to hit you. The same technique can be applied to dash attacks. You just need to get used to the timing.