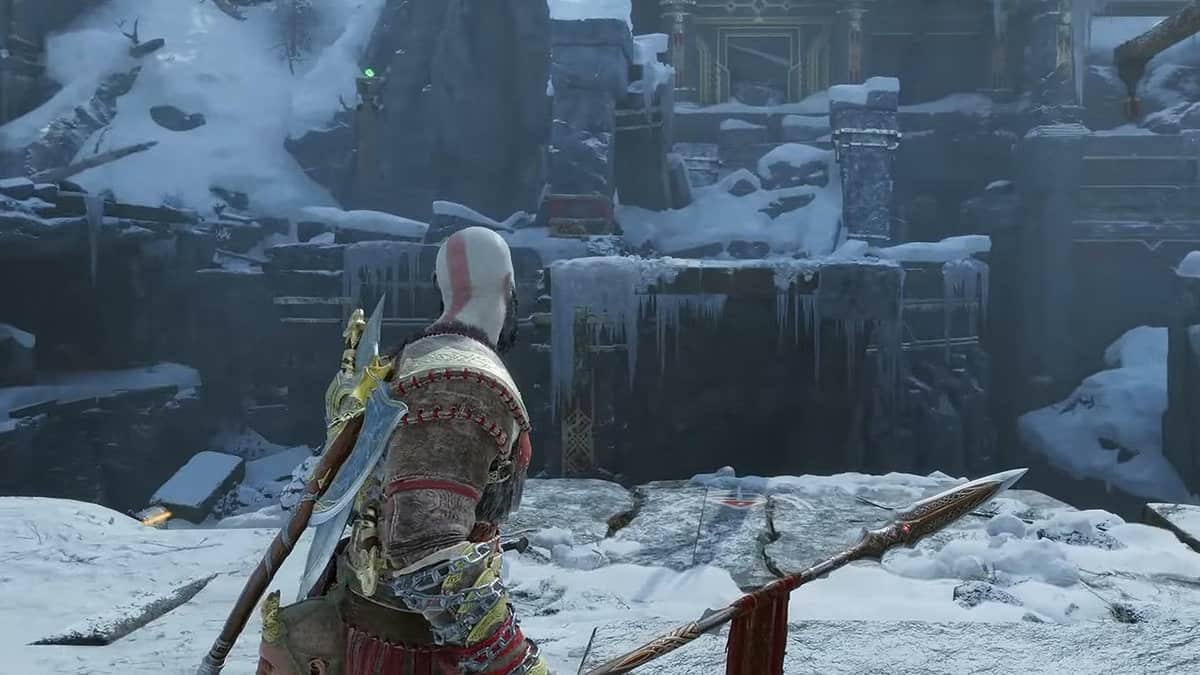 Similar to the other realms, Midgard also has a few of Odin’s Ravens that you might encounter during your journey in God of War: Ragnarok.

These Ravens have been put there in every realm to spy on Kratos and Atreus for the Allfather. Odin’s Ravens are also one of the many collectibles in the game. Taking down them all carries its own rewards and achievements.

The following guide will mark the locations of Odin’s Ravens in Midgard, the starting realm which is also one of the largest realms in God of War: Ragnarok.

Make your way to the Oarsmen in the eastern part of the Lake of Nine. From here, head towards the Raider Hideout Cave which is also located in the same part of the region.

If you travel east along the outer walls of the Raider Cave, you will find Odin’s Raven sitting on top of the cave wall.

To get the second Odin’s Raven, you need to travel to the center of the Lake of Nine which is located west of the King’s Grave. Head towards Lake Tyr’s and start traveling counterclockwise on the outside.

Odin’s Raven will be found between the wooden ledge and the ice wall in the southern end.

You can easily find this Raven by traveling to the east of the Derelict Outpost. Using a sled, head southwest on the ice. You need to dismount and travel on foot after reaching the fallen wooden beam.

After jumping ahead of the wooden beam, you need to turn left. The Odin’s Raven can be found sitting inside the broken wooden roof.

After collecting the Lore Marker Blodugr Stein, head west to the broken crane. Hit the right flap of the crane with the axe to turn it to the mid position. The top end of the crane will act as the Grappling Point for you to jump to the other side.

Head Northwest and you will find Odin’s Raven sitting on top of the small pole.

You first need to defeat the Stalker boss and his buddies which are located on the left side of the Nornir Chest in the region.

You then need to head to the starting point of the Oarsmen. You will be in the middle of the frozen lake, and you need to start traveling North until you reach the stone that blocks your path.

Lift the stone and travel east in the Cave Entrance. Climb the stone wall on the back side of the cave and get out. Grab the golden chain to climb one more time and you will find a statue of the Masthead.

The Odin’s Raven will be sitting on the side of the cliff near this statue.

Close the Hel-Tear and then defeat the Raider at the marked location. Once the area is cleared, you will come across a stone wall. Climb this stone wall by carefully picking all the Grappling Points.

As soon as you will reach the top part of the cliff, you will find Odin’s Raven sitting on the East Mountain peak. Throw the axe to collect this Odin’s Raven.