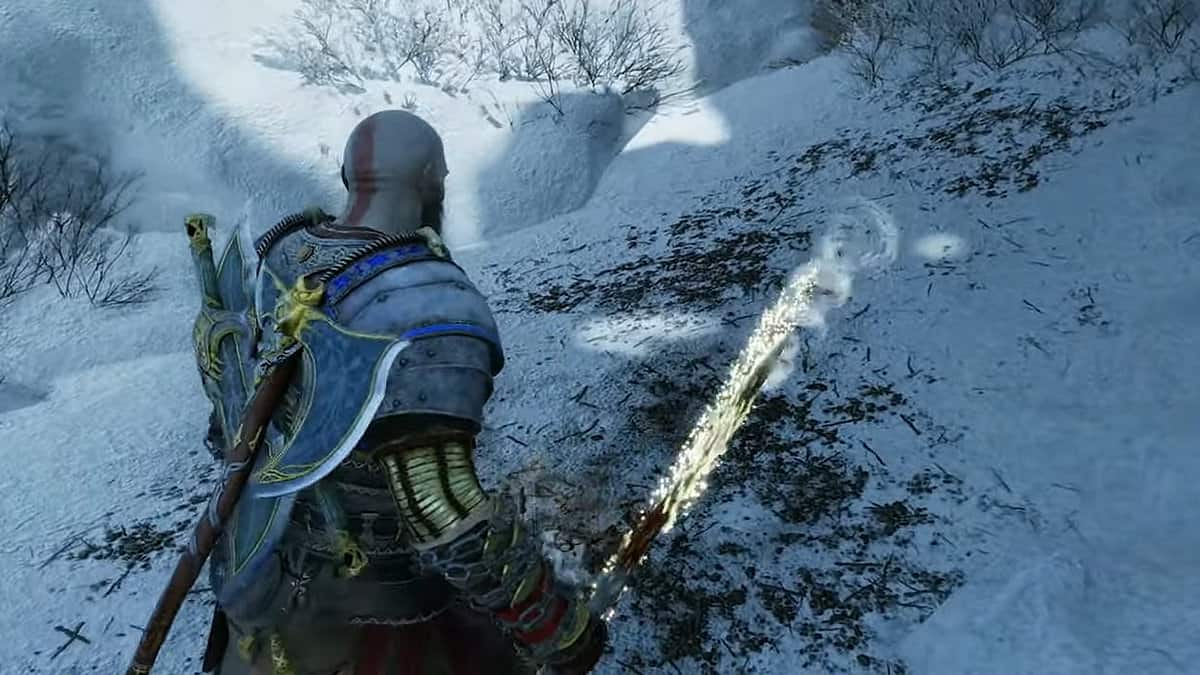 Buried Treasures have returned from the first game. The only difference now is that you have more realms to explore in God of War: Ragnarok.

For newcomers, this is a two-part ordeal. You need to first find Treasure Maps which will give you a clue. You then need to find the Buried Treasure location for its loot.

The following guide will tell you how to find the Treasure Maps and their Buried Treasures in Midgard.

You will find an arena enclosed by ice once you reach the entrance of Lake of Nine. You must take the Lower Wildwoods route, the same place where Kratos’s house is located. The arena is called Raider Fort, and the only collectible present in this arena is the Viking’s Gift Treasure Map.

Spot the Raider’s Hideout in the same area, east of the Lake of Nine. Make your way there and you will find the Viking’s Gift Buried Treasure in front of its main double-door entrance.

You need to return to the final section of The Applecore for the Demise of Dagestr Treasure Map. From the Mystical Gateway marked on the map, use the zip line ahead.

Drop down the ledge and turn right to climb up from the wind vent. The Demise of Dagestr Treasure Map will be in front of the speared corpse.

With the Treasure Map with you, make your way back to the Lake of Nine. Find the fissured wall on the western side of the cliff, northwest of Tyr’s Temple. Use your wear to destroy the wall and create a new opening. Head inside and you will find the Demise of Dagestr Buried Treasure.