How To Defeat Berserker Hvitserkr In God Of War Ragnarok 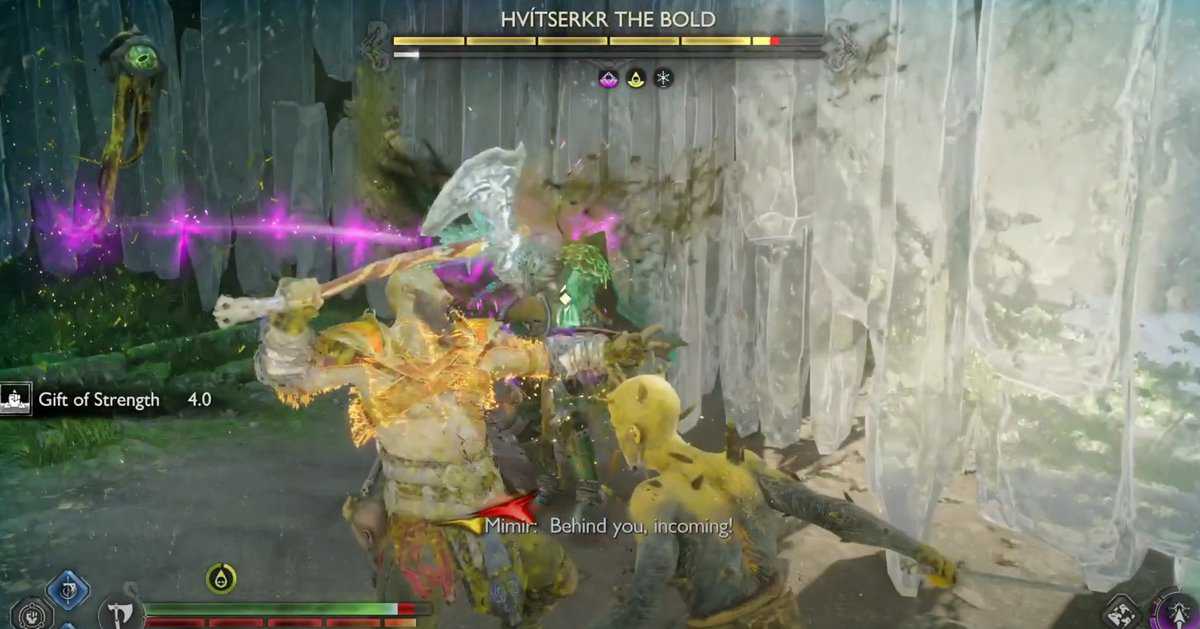 Where to find Hvitserkr the Bold

Hvitserkr the Bold’s gravestone is located in Vanaheim, in the Southern Wilds. Here, you’ll notice an area called the Pilgrim’s Landing, right below which there is a white circular structure. Mark this spot and explore here to find the Berserker gravestone.

How to defeat Berserker Hvitserkr in God of War Ragnarok

Once Hvitserkr the Bold has been summoned it is very important to make use of your runic attacks for the three different weapons you possess. This will give you a chance to stun Hvitserkr, and use follow up attacks to quickly drain his health.

Added to that, practice parrying before you start fighting him, because at certain points within the battle you’ll be required to perfectly parry both his yellow and red attacks, otherwise they’ll quickly drain a lot of Kratos’ health.

Using your runic attacks will also fill up Kratos’ rage meter, allowing you to use his rage three times. Using a mix of both rage and runic attacks simultaneously will allow you quickly drain a significant amount of the Berserker’s health.

After half of his health has been drained, Hvitserkr will start levitating, and use ranged attacks against you. During this time, red circles will appear on the ground, and to avoid being hit, start running and don’t stop until he lands back onto the ground.

Another similar attack he’ll use against Kratos is when he’ll jump into the air and charge back onto the ground. His area of impact will start glowing a deep dark green, so quickly dodge out of the way to avoid being hit.

A tough part about this battle is that Hvitserkr can summon his minions, which can disrupt your combos, and give you multiple enemies to worry about at the same time. However, with the help of Freya, these minions provide little to no challenge since she effectively deals with them, while you face the bigger threat.

It is still important to keep a close eye on the arrows around Kratos since they’ll help you keep track of when an enemy is about to attack you. If they do get too close, deal with them by using area attacks, while avoiding their melee and ranged attacks.

Eventually, a brutal finisher will be prompted, so press R3 to finish off Hvitserkr the Bold.

You will be rewarded with the following items once you defeat Hvitserkr the Bold in GoW Ragnarok: